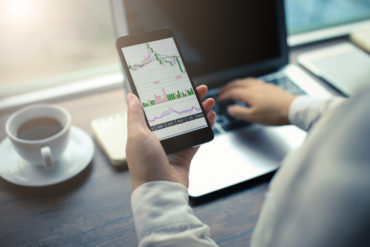 After a better than average issuance volume in the first quarter, the second quarter of 2017 saw US$6.3 billion of non-life catastrophe bond capacity issued through 36 tranches, compared with US$1 billion issued through 17 tranches in Q2 2016, and the previous quarterly record of US$4.5 billion issued in Q2 2014. The record issuance volume for the most recent quarter was driven by two of the largest ever catastrophe bond transactions: Kilimanjaro II Re 2017-1 and Ursa Re 2017-1. At quarter end, bonds provided US$24.7 billion outstanding, up 16.5% year-on-year, WTW Securities said in the release.

The Kilimanjaro II series provide cover on an industry loss and annual aggregate basis against named storms and earthquakes in the United States, Canada and Puerto Rico, the report said. Ursa Re 2017-1 provides US$925 million of capacity against California earthquakes for a three-year term.

“This is against a backdrop of the soft market, which sees some traditional reinsurers generating reduced equity returns, government yields in Europe and Japan remaining negative and material uncertainties such as Brexit and potential changes to the U.S. tax environment all causing concern to insurers and investors alike,” WTW Securities reported.

The combination of these factors, the report suggested, are leading to the ILS market reaching a positive tipping point as it manages a larger share of the world’s peak cat risk and plenty of opportunities remain for new issuance in non-peak cat and more generally across the property, casualty, life and health spectrum.

“The market has possibly never been in such robust health, with record breaking issuance and competition continuing to increase amongst ILS fund manager,” Bill Dubinsky, head of ILS at WTW Securities, said in the release. “I believe this will create the conditions for significant innovation and development so that the benefits of the ILS product extend beyond peak property cat, where it may already be the preferred choice, and out across the wider insurance industry.”

With offices in New York, Hong Kong and Sydney, WTW Securities provides advice to companies involved in the insurance and reinsurance industry on a broad array of mergers and acquisition transactions. It also provides advice on capital markets products, including acting as underwriter or agent for primary issuances, operating a secondary ILS trading desk and engaging in general capital markets and strategic advisory work.