STORTHOAKS, Sask. – The Calgary-based company handling a pipeline spill that saw 200,000 litres of crude leaked onto First Nations farmland in Saskatchewan is now dealing with another, albeit much smaller, spill. 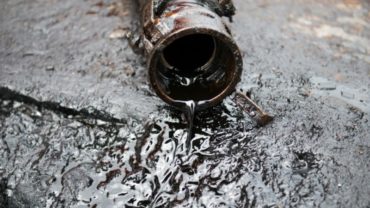 The second spill from the company was estimated at 5,000 litres of crude oil. Photo: @BNN.

On Wednesday night, the National Energy Board issued a news release saying it was responding to a release of crude oil at Tundra Energy Marketing Ltd.’s Ingoldsby terminal near the village of Storthoaks, Sask.

The release said the NEB is working to verify Tundra’s initial report filed Tuesday that 5,000 litres of crude oil was released and contained on company property, with 4,000 of it being recovered.

There were no injuries, no fire, no nearby residences were evacuated, and no threat to public safety, and the government of Saskatchewan and the Transportation Safety Board were notified.

That spill is under investigation by the Saskatchewan government which is trying to determine why the pipeline’s leak detection system did not flag the leak.

The government also said it determined the pipeline was nearly 50 years old and there was no record of it ever being inspected by provincial authorities.

“TEML is working closely with regulatory bodies and and Ocean Man First Nation to determine the cause of the incident,” the company said in a statement on its website last week.

“Free-standing product has been removed from the site along with vegetation and contaminants. TEML will continue to work with all governing bodies throughout the remaining phases of the clean up.”

The NEB said it will verify that Tundra conducts an adequate and appropriate clean-up and remediation of any environmental effects caused by Tuesday’s spill.

An NEB investigation into the incident is underway, and NEB staff will follow up with Tundra to determine the root cause of the incident.