More than 1,000 residents displaced by a major electrical fire in 2018 will not be moving back into their apartment building this year.

A fire broke out Aug. 21, 2018 in the electrical room of 650 Parliament Street, a high-rise apartment building in Toronto’s St. James Town.

“Last week it was announced that 650 Parliament tenants would not be moving back to their building this year,” Toronto City Councillor Kristyn Wong-Tam wrote on her website Nov. 15. “The Landlord announced that tenants would instead be given an update in ‘early 2020’ with details about re-occupancy.” 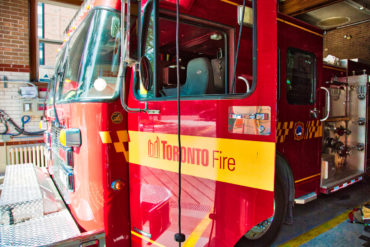 A “catastrophic” electrical failure caused multiple explosions in the building, The Globe and Mail reports, quoting a report released this past September from the Ontario Office of the Fire Marshal.

The fire has given rise to lawsuits. One – against Parwell investments Inc. and 650 Parliament Residents Limited – was certified this past June as a class action. Allegations have not been proven in court.

The focus of the class-action will not be liability but rather the damage sustained by tenants as result of being displaced, Justice Edward Belobaba wrote at the time in Chu v. Parwell Investments Inc. et al.

Whether the fire was caused by defects in the electrical system and electrical arcing or because of a heavy rain-storm causing water to leak into the buildings’ hydro vault, there is no suggestion that any degree of liability can be imposed on the tenants, wrote Justice Belobaba.

“There was not a lot of fire damage to the building but it quickly became apparent that the electrical damage to the critical infrastructure in the entire building was very significant,” Morrison told Canadian Underwriter earlier.

She is concerned the province has other high-rise residential buildings with similar age and similar design with similar vulnerabilities.

“Across Toronto and across Ontario we have an aging stock of high-rise buildings that largely went up in the 60s and critical infrastructure in those buildings – whether it be electrical systems or the boilers, the elevators, the fire systems – are all coming to the end of their life span,” said Morrison.