Total economic losses from nat, man-made disasters in 2016 at least US$158 billion: Swiss Re sigma estimate

Total economic losses from natural and man-made disasters in 2016 were at least US$158 billion, 68% higher than the US$94 billion losses in 2015, according to preliminary Swiss Re sigma estimates released on Thursday. 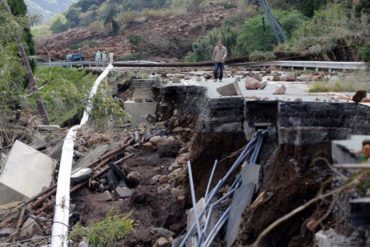 The US$158 billion estimate in total economic losses was caused by large natural catastrophes, such as earthquakes and floods, Swiss Re noted in a press release. Insured losses were also higher in 2016 at about US$49 billion compared to US$37 billion in the previous year.

However, the gap between total losses and insured losses in 2016 showed that many events took place in areas where insurance coverage was low, Swiss Re reported. Losses resulting from man-made disasters fell to US$7 billion from US$9 billion in 2015; globally, there were approximately 10,000 victims in disaster events in 2016.

According to the preliminary sigma estimates, nat cats accounted for US$150 billion of the total economic losses in 2016. Insured losses from nat cat events were US$42 billion in 2016, up from US$28 billion in 2015, but slightly below the annual average of the previous 10 years (US$46 billion). Man-made disasters triggered an additional US$7 billion in insurance claims in 2016.

The release noted that there were a number of major earthquakes across the world in 2016, for example in Taiwan, Japan, Ecuador, Italy and New Zealand. Among the largest was the 7.0-magnitude quake that struck the Kumamoto prefecture in Japan on April 16, part of a series of strong shocks and aftershocks in the region. The quakes resulted in extensive structural damage, fires and collapsed buildings and claimed 137 lives. According to Swiss Re, the total economic cost was at least US$20 billion, of which US$5 billion was insured. The Kumamoto quakes were the costliest disaster event globally of the year.

Later in the year, central Italy was struck by an earthquake in August, which destroyed some small towns and killed 299 people. There were other strong quakes in October which added to the destruction, but no loss of life. Government sources estimate that the overall reconstruction cost for the August earthquake alone will be as high as US$5 billion. Insured losses for that event, however, are only a fraction of the total, estimated at US$70 million, mainly from commercial assets.

“Society is underinsured against earthquake risk,” Swiss Re chief economist Kurt Karl said in the release. “And the protection gap is a global concern. For example, Italy is the 8th largest economy in the world, yet only 1% of homes in Italy are insured against earthquake risk. Most of the reconstruction cost burden of this year’s quakes there will fall on households and society at large.”

After the earthquake in Italy, Hurricane Matthew caused devastation across the east Caribbean and southeastern United States in October. Economic losses were US$8 billion, with insured losses estimated to be in excess of US$4 billion. Hurricane Matthew was the strongest of the season and also the deadliest nat cat of the year globally, claiming up to 733 lives, mostly in Haiti.

In Canada, wildfires were another cause of large insurance losses this year, particularly in Fort McMurray, Alta. Swiss Re said that while the cause of the wildfire remains under investigation, it “could be the result of human activity.” According to the release, economic losses were US$3.9 billion in Fort McMurray, the heart of Canada’s oilsands production with a high concentration of insured economic assets. Insured losses were about US$2.8 billion. “This is one of the costliest wildfire events in insurance industry history, and it is the biggest loss the Canadian insurance sector has ever experienced,” Swiss Re said in the release.

South of the border, there were a number of severe weather events in the U.S., including a series of severe hail and thunderstorms. The costliest was a hailstorm that struck Texas in April, resulting in economic losses of US$3.5 billion and insured losses of US$3 billion, as large hailstones inflicted heavy damage to property. “In this case, because households and businesses were insured, they were much better protected against the financial losses resulting from the storms,” Karl observed.

Several large-scale flood events also hit the U.S. in 2016. The biggest was in August, when heavy rains caused widespread flooding in Louisiana and Mississippi. The economic losses from this event totalled US$10 billion, while private insured losses were at least US$1 billion (not including the losses covered by the National Flood Insurance Program).

Europe and Asia also experienced heavy flooding. In Europe in late May and early June, two slow-moving low-pressure systems caused thunderstorms, flash floods and river flooding, with France and Germany impacted the most. The storms and floods led to total losses of US$3.9 billion, and insured losses of US$2.9 billion. In Asia, heavy rains throughout the year led to severe floods in China and other countries. According to public sources, total economic losses from flooding along the Yangtze River were at least US$16 billion.