How training plays into claims adjusting during back-to-back cats

When Canada experiences back-to-back catastrophes, it can be a challenge to pull together all the required resources in a timely fashion.

Part of the puzzle is ensuring that claims adjusters and other parties are properly trained for the files they will be handling, particularly when there are a mix of contractors, company adjusters and independent adjusters. 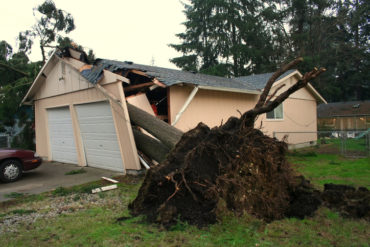 Lorri Frederick, president of IA firm ClaimsPro, noted one “interesting difference” between insurance company adjusters and independent adjusters. In Canada, there are only a couple of provinces (Quebec being one) where company adjusters have to hold the same licences as IAs.

“But, for example, in the provinces of Ontario, or Manitoba or Alberta, the independent adjusters have to have licences and the insurance company adjusters do not,” Frederick told Canadian Underwriter in an interview last week. “That’s where we find we run up against some capacity situations and it’s about actively working with the licensing board and our clients to make sure we’re able to quickly license people,” who are coming from Alberta, for example, to bring them into Ontario to help and vice versa, she said.

“The insurance company adjusters can move freely between Alberta and Ontario without worrying about, ‘Oh, I can’t go until I get my licence.’”

Frederick used the example of the May 4 windstorm in Ontario and Quebec that cost insurers $410 million. In that case, “we got on the phone with the licensing boards and said, ‘There’s thousands of claims… could you be quick as we process bringing people from other areas of the country?’

“Luckily, we have designated people who work with those licensing boards and so they’ve got ongoing good relationships with those teams and they’re able to connect with them quickly and find what the process would be,” Frederick said. “Then we can manage getting those licences in place quickly as well.”

Local resources can sometimes be stretched thin in the event of a major cat or back-to-back events. “It’s quite often that we will face situations with not enough adjusters in a given area or region and then, on the company side, the insurance companies are facing the same thing as well,” Frederick reported. In cases like that, it’s about bringing in adjusters from other regions of the country or even from the United States.

“If we’re not getting hit in all areas of the country, we have the ability to move adjusters,” Frederick said. “When those events happen, that’s when we’re all facing the issue of how we find those resources.” In some cases, that may mean “independent contractors sitting on a roster that we can call in who are not necessarily full-time employees and also using our U.S. sister company as well.”