We will rise from those ashes:’ Ranch still rebuilding two years after

CALGARY – Melody Garner-Skiba and her family have had some tough conversations since a wildfire raged into Waterton Lakes National Park in southeastern Alberta two years ago, spread into nearby grassland and destroyed their horse-breeding ranch.

“It’s definitely taken a toll on our family, but we’re strong and we’re perservering,” said Garner-Skiba, who lived at the Rocking Heart Ranch just outside Waterton with her husband before the fire.

“It’s been the most challenging and demanding and probably stressful years that we’ve ever faced on our ranch.” 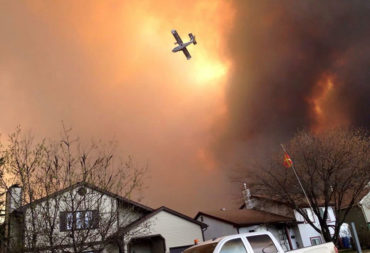 None of the 100 horses on the ranch was hurt, but the fire destroyed nearly everything else, including priceless family keepsakes and hunting trophies belonging to her father, former Saskatchewan politician Jim Garner.

“I never expected to see a site that looked like a war zone and how catastrophic it was,” Garner-Skiba recalled. “Those images of the smouldering ashes will forever be implanted in our brains.”

The family has had some frank discussions about the ranch’s future, and what they can and can’t afford to rebuild. Garner-Skiba figures that their insurance payout came in $1 million short of what’s needed to duplicate what was there before, so they are going to do without replacing the arena.

Garner and his wife, Angel, who are in their 70s, lived in a house on the ranch full time, and their daughter and son-in-law split their time between the ranch and nearby Coaldale.

Two years later, the elder Garners are living apart on the property – he’s in a tiny apartment above a workshop that didn’t burn and she’s in a job shack in a gravel pit. They’re hoping to break ground on a new house this fall.

When they’re at the ranch on weekends, Garner-Skiba and her husband, Doug, stay in a holiday trailer.

The ranch has been able to operate close to normal since the spring, with the same number of horses as before. New fencing was 60 per cent up as of mid-August.

Garner-Skiba said she’s grateful to “shining stars” in the agriculture community, who helped by raising money and donating hay.

She said her family will not be defined by the devastating fire of September 2017.

“This will not beat us,” she said.

“We will rise from those ashes and be stronger and build a better, bigger ranch than we had before.”