The $300,000 bed bug risk and other bizarre home fire claims

Officials in Ohio say a 13-year-old boy trying to kill a bed bug sparked an apartment building fire that displaced eight people and caused $300,000 in damage in Cincinnati, AP reported. 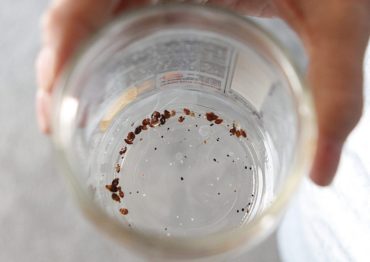 In this Aug. 25, 2010 photo, Delores Stewart displays bed bugs found in her home in Columbus, Ohio. A resurgence of bedbugs across the U.S. has homeowners and apartment dwellers taking desperate measures to eradicate the tenacious bloodsuckers, with some relying on dangerous outdoor pesticides and fly-by-night exterminators. (AP Photo/Terry Gilliam)

Officials say the fire was reported around 11 p.m. Tuesday and began when the teen lit a match after dousing a bed bug with alcohol. Six apartment units were damaged in the fire.

No injuries were reported.

The Red Cross is working to find housing for three adults and five children whose apartments were damaged.

While this is definitely an unusual way to start a house fire, CoverHound Insurance Solutions, based in California, has blogged about a few other bizarre fire hazards for the home.

“When an insurance claim states a fire was caused by an act of nature, it is usually referring to a lightning strike, rarely referring to a pigeon dropping a cigarette down a chimney,” CoverHound reports, citing an incident reported in the local media.

Appliances are a common cause of house fires—including dishwashers.

“Homeowners are likely familiar with the possible dangers of ovens and dryers, but are they aware of the risk posed by their dishwasher?” CoverHound states. “According to the U.S. Consumer Product Safety Commission, there about 500 fires each year caused by faulty dishwashers.”

A dishwasher doesn’t seem like a fire hazard, the blog states, but it does generate heat—it is a mixture of electrical engineering and fluid dynamics. Most dishwasher fires are caused by liquid dripping out of its proper compartment and coating the machine’s wires.

“Just like any appliance, a homeowner should make sure it is operating correctly,” the insurer advises. “Check consumer reports and do not leave the machine running when leaving the house.”