In the first part of the series, we reported the industry was taking an average of between 19 and 25 days to get a cheque into the hands of consumers who had totaled their vehicles. How can we cut those times down to 10-15 days?

Having identified key bottlenecks, we now suggest practical solutions to reduce your cycle times to ‘best-in-class.’

So, you crash your car and it’s a total loss.

In the first two parts of our series on total losses, published in April and May, we estimated that the insurance industry is taking between 19 and 25 days on average to resolve a total loss. Assuming that average storage yard fees and rental costs alone cost an insurer approximately $105 per day, and assuming an insurer sees about 2,500 total losses a year, shaving 10 days off the cycle time would save about $2.6 million per year.

One of the bottlenecks we identified included securing the vehicle after the crash so an appraiser could immediately assess the damage. In provinces with private auto insurance, insurers are somewhat at the mercy of tow truck and storage yard regulations. A second issue is a shortage of appraisers.

How can the industry overcome these barriers?

Many propose a more coordinated approach to removing wrecks from the scene of a crash, with tow truck regulation being key.

“Securing the vehicle is first and foremost,” says Ewen Cameron, senior vice president of claims for RSA Canada. “As an industry, if you have designated certain drop points in the Greater Toronto Area and said every tow truck had to drop off that vehicle here, then you eliminate any contention around storage fees and access.”

In Ontario, insurers want the province to take over the regulation of tow trucks, a topic of discussion among members of a towing and storage working group established by Insurance Bureau of Canada.

“Right now, there is a disconnect,” as Elliott Silverstein, manager of government relations at CAA South Central Ontario, explains. “Municipalities have varying types of regulations and bylaws around how much a tow can cost, and how the process works in terms of hooking up and where the vehicle goes. We say that, just like a driver’s licence, it should be regulated at a provincial level.” 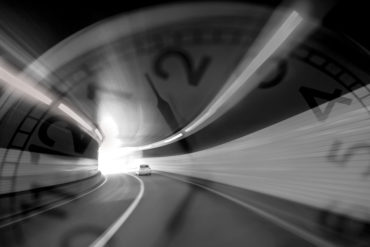 Insurers also prefer that vehicles be towed to their preferred collision repair shops. Aviva Canada recently urged Ontario to change its laws so that the insurer could offer a premium discount to consumers who agree to send their cars to Aviva’s preferred centres. In its April 2019 budget, the Ontario government said it “will make it easier and faster for insurance companies to offer drivers new discounts and coverage options that were not previously available.”

Appraisals
A property and casualty insurance industry demographic study published in 2018 by the Insurance Institute of Canada documents a shortage of appraisers. To work around this, the industry is now starting to download simple appraisal tasks to consumers and third parties.

“We are starting to see the industry move towards what’s called ‘image desk appraisal,’” says Lorna Richards, program manager of auto physical damage at Gore Mutual Insurance. “That means it’s a shop taking pictures and doing up an estimate remotely so we don’t necessarily need a person onsite to inspect the vehicle. From those photos, we have an ‘image desk appraiser’ [in the insurer’s office] determine if it’s salvage. It speeds up the process, because you don’t have to have someone go to the site and then submit the report. That can take two to three days off the cycle time.”

In some instances, insurers have developed apps for the consumer to send the information to the desk appraisers, says Kelly Merchant, senior regional service manager in the field at Audatex, a Solera Company. “The most recent way…is for the insureds to notify their insurance companies through their smart phone and report a claim through that. That speaks to millennials and their devices.”

Basically, an email with a link is provided to the customer; when the customer clicks on the link, they can report the loss to the insurer, as well as send any relevant pictures of the damage — including the odometer reading, the make and type of the vehicle, etc. This approach has its limits: it assumes the driver is still with the car at the scene of an accident, and that the driver is not injured. “I’ve tested it,” Merchant said of the early online technology. “I found it was quite lengthy, and I found that as an insured, I probably would not do that.”

Essentially, the platform dispatches approved “lookers” – some of whom already have experience as appraisers — to take onsite pictures and collect data on auto and property claims damage. Photos and reports are then uploaded to desk claims appraisers and adjusters for review, allowing them to prepare damage estimates without having to be physically present at a site to collect information.

WeGoLook queries its lookers to make sure the pictures and data meet the client’s requirements. Approved lookers are trained in the terminology required to take the right photos; also, they are trained not to make judgments or discuss policy coverage with clients. Right now, there is a base of about 3,000 lookers in Canada, 600 of which are approved to work in the field immediately.