Insurer said to have denied coverage ‘without a comprehensible explanation’

Intact Insurance won a coverage dispute in court but “poor customer relations” means the homeowner plaintiff does not have to pay Intact’s legal defence costs.

Homeowner Arnie Augspols sued Intact and G. Bates Plumbing. Augspols noticed several problems in his home, including a slope in the basement floor and cracks in the driveway.

Neither defendant was liable, Judge Ed Morgan of the Ontario Superior court of Justice ruled in Augspols v. G. Bates Plumbing and Intact Insurance Co., released this past Friday. 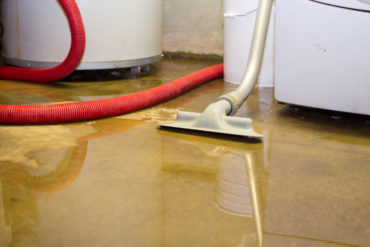 Intact won because the homeowner policy has several water damage exclusions, one being for “settling, expansion, contraction, moving, bulging, buckling, or cracking”.

The policy also has an exclusion for “the cost of making good faulty material or workmanship.”

Normally in a case like this, an unsuccessful plaintiff would have to pay the defendant’s legal costs. Judge Morgan made an exception in this case.

In its defence, Intact produced an audio recording of a phone conversation that Augspols had with an Intact adjuster after reporting his claim.

That adjuster “is not what one would call an expansive talker or effective communicator,” Judge Morgan wrote. “In one or two clipped, understated sentences, [the adjuster] can be heard making the subtle observation that, ‘the shifting of the home typically is not covered under the insurance policy,’” Judge Morgan added. The adjuster is also on tape responding to Augspols’s complaint about two plumbing firms he had hired,  “to the effect that, ‘We don’t insure faulty workmanship as well.’”

The adjuster “never really explained to the Plaintiff the scope of the coverage or why these matters were beyond the purview of Intact,” Judge Morgan wrote. “If the Plaintiff had received a more fulsome and accessible explanation of the various exclusions in his policy, he would have been no further ahead in having his house repaired; but he might have been saved considerable aggravation. Indeed, he might not have sued at all.”

The insurer won the coverage dispute, but “Intact has brought this case on itself,” Judge Morgan wrote. “The poor customer relations that it has exhibited in continually raising premiums without explanation and in denying coverage without a comprehensible explanation, all converged to egg the Plaintiff on in what he thought was a pursuit of justice.”

Augspols alleged Intact overcharged for premiums, claiming his annual home insurance premium tripled, from $721.44 in 2012 to $2,170.80 in 2017. In ruling in favour of Intact, Judge Morgan said the insurance premiums “are doubtless a result of a number of risk factors” and there was no evidence that Intact “wrongly assessed” those risk factors.

Augspols had paid Intact an “extra premium” for additional water coverage but that is limited to “flooding from storms and other sudden rushes of water,” Judge Morgan wrote. But the policy still excludes continuous or repeated seepage or leakage of water.

“Intact has the law on its side when it comes to the merits of the claim,” Morgan wrote. “But under the circumstances it would be a step too far to award costs to Intact. It is incumbent on an insurer to treat insureds in a way that does not exacerbate the problems that they are already facing when they contact them for a home insurance problem. I am therefore not inclined to award any costs to Intact.”

Bates Plumbing was a contractor that Augspols hired because he suspected that structural problems were caused by an underground leakage of water.

Augspols lost the lawsuit against Bates because Bates fulfilled its contract to snake a camera through some pipes. Bates was unable to find a leak. Bates was hired to do inspections and tests, not to do any repairs or proactive plumbing work, Judge Morgan wrote.

The problem goes back to 2007, when Augspols had water in his basement. He called a plumber who found a broken pipe. In 2010, Augspols experienced sewer backup and called a different plumber, which worked on sanitary drain lines. Neither of those plumbers were Bates and neither were named in the lawsuit adjudicated by Judge Morgan.

In October 2016, Augspols noticed a crack in his driveway and a slope on the basement floor. That was when he contacted both Intact and Bates Plumbing. Augspols believed those problems resulted from faulty workmanship on the part of the plumber who repaired the sanitary lines in 2010.

More News
Related
Flood insurance ‘must be affordable:’ IBAC
New DGIG water protection program available country-wide
Need for building code upgrades ‘did not come about’ due to ice damage: Alberta court
How business interruption claims could play out in the legal marijuana space