How autonomous vehicles can reduce your claims payouts

More autonomous and semi-autonomous vehicles on the road could potentially result in lower-speed collisions, resulting in a lower severity of damage, a collision repair industry expert told Canadian Underwriter recently. 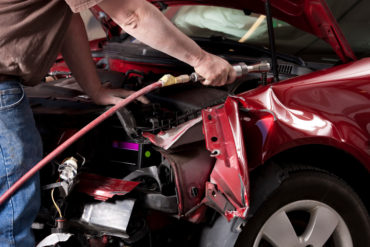 Using the example of auto braking becoming standard on 2022 model vehicles across North America, Bartanen said that “it’s going to slow the vehicle down enough that that a 40 mp/h collision maybe now is a 15 or 20 mp/h collision,” which may result in a decrease in severity of collisions.

As well, there may be less damage to a vehicle’s structure, “making more vehicles repairable.” Although Bartanen says he doesn’t have any direct data to support that conclusion, he used the example of replacing a bumper, grill and fender compared to the entire front end of the vehicle.

“Some of those slower-speed collisions will be avoided completely, and I’ve seen some of the data on some of the rear-end collisions,” Bartnanen noted. “If a vehicle is equipped with the automatic braking, it’s less likely to rear-end another vehicle, because it is stopping.”

With autonomous and semi-autonomous vehicles also comes sensor issues. Bartanen recounts a first-hand experience driving vehicles that are equipped with adaptive cruise control where the sensor is in the bumper area.

“Due to slush and everything else… I’ve got notifications saying, ‘the adaptive cruise control is not available,” he related. “So, the vehicle gives you that warning; if you have those kind of conditions where the camera is being blocked in the rear-view area, that could happen.

“What happens is, the camera can’t see the lines on the road because they’re snow-covered,” Bartanen continued. “So that presents a challenge for the system to work properly in those conditions.”

The collision repair industry has “never had to think about the weather when we were doing repairs, but now we may need to do that,” he said.

Jason Bartanen will be speaking at the Canadian Collision Industry Forum in Mississauga, Ont. on Jan. 26, 2018. He will be discussing vehicle technology and collision repair trends.