A new dispute resolution system for auto insurance in British Columbia will probably focus both on first-party accident benefit disputes and resolving claims from minor injuries, but the details have yet to be worked out, a spokesperson for the province’s Ministry of the Attorney General said.

“While there is still consultation required in order to work out the specifics related to the role of the CRT, the expectation is that it would focus on accident benefits and minor injury claim resolution, including disputes around the classification of an injury,” a spokesperson for Attorney General David Eby told Canadian Underwriter Friday, when asked whether the CRT will handle first-party accident benefits claim disputes, third-party bodily injury claims or both.

An independent dispute resolution system is one way of reducing legal costs for ICBC, Ernst & Young LLP wrote in a report, Affordable and Effective Auto Insurance – a New Road Forward for British Columbia, released in July 2017. 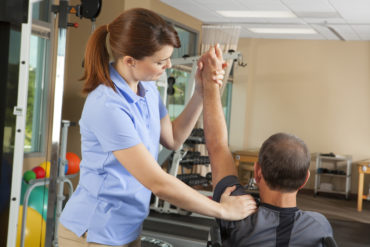 In the report, EY reported that the premiums charged by ICBC for basic compulsory auto insurance are “not high enough” to cover claims. ICBC lost $935 million during the first nine months of 2017, and the average bodily injury claim paid out more than $30,000 in 2016, compared to $8,220 in 2000, EY noted.

“The province of B.C. has a litigation-based insurance model, which allows not-at-fault drivers and passengers to sue at-fault drivers for both economic loss and pain and suffering,” EY said in 2017. Canadian jurisdictions that have “moved away from unrestricted litigation-based models,” such as Manitoba and Saskatchewan, have done so “in an effort to control escalating minor bodily injury costs,” EY added.

Lawsuits arising from injuries caused by vehicle accidents, including those settled out of court, “are costing ICBC significant amounts in costs, disbursements and legal fees,” EY said. These costs amounted to more than $150 million in 2015 for claims that resolved for less than $100,000.

One way to address this would be for ICBC to establish an alternative dispute resolution service that could be compulsory for both parties, but with exemptions and access to court after process if no resolution achieved, says EY, which suggested the province could make settlement conferences mandatory prior to proceeding to court.

Ontario moved its first-party accident benefits dispute resolution process from the Financial Services Commission of Ontario to the Ministry of the Attorney General’s existing Licence Appeal Tribunal in 2016. That move was prompted by a recommendation made by former judge Douglas Cunningham in a report to the Ontario government in 2014. With the LAT, both insurers and claimants have much more limited opportunity to bring accident benefits disputes to court than they did under FSCO.

“In my view, preserving the court option would have seriously undermined the proposed reforms,” Cunningham said during a November 2016 panel discussion, Resort to the LAT or Last Resort, held in Markham by claims adjusting firm InHEALTH Inc. and law firm Flaherty McCarthy LLP.

“We all know that [Ontario accident benefits regulation is] complicated, and given the generalist nature of (the Ontario Superior Court of Justice), there is no certainty that such a case would come before a judge well versed in the SABS,” Cunningham said at the time.