CoreLogic Inc. announced Wednesday it has closed its acquisition of Symbility Solutions Inc.

Irvine, Calif.-based CoreLogic – which provides risk data on properties to property and casualty insurers – already owned 28% of Symbility, a Calgary-based vendor of claims processing and estimating software for insurers.

A five-year agreement by CoreLogic to not increase its holdings in Symbility expired in April, 2017. 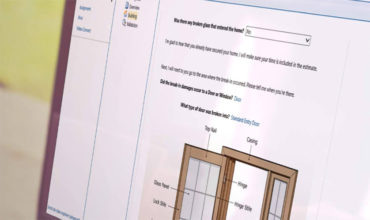 More than 99% of Symbility shareholders voted Dec. 13 in favour of being bought by CoreLogic. The deal – valued at $160 million – has now been approved by the Alberta Court of Queen’s Bench, CoreLogic said Tuesday. Symbility shares will be de-listed Thursday, the TSX Venture Exchange announced Tuesday.

Symbility’s products include Claims Connect, which is intended to let different people – estimators, staff adjusters, building contractors and clients – get access to claims data. Symbility also makes Desk Adjuster, which is designed specifically for internal staff adjusters. Desk Adjuster is intended to help adjusters with small losses so insurers can cut down on outsourcing costs and close claims more quickly.

Symbility adds “scale” to CoreLogic’s insurance and spatial businesses, as well as to its “international footprint,” CoreLogic president and CEO Frank Martell said Wednesday in a release.

“We have already integrated some of our underwriting products into the claims workflow because we are already partners with Symbility,” Steve Brewer, executive for insurance and spatial solutions at CoreLogic, told Canadian Underwriter earlier. “This deal would have us more fully aligned under one roof. It would allow us to continue to advance that solution to the market.”

Throughout 2017 and 2018, Symbility officials had an advisory firm conduct an “awareness campaign” to find “strategic partners.”

That culminated in several offers from CoreLogic to acquire the shares of Symbility that CoreLogic did not already own. It also resulted in “preliminary expressions of interest” earlier this year from two other firms that Symbility did not name.

Ultimately, Symbility’s board of directors voted unanimously in favour of an offer by CoreLogic to buy out the other shareholders for 61.5 cents per share. Five Symbility directors and officers (including CEO James Swayze), put together, owned about 16% of Symbility. The other four were: John Burega, senior vice president of global sales; Marc-Olivier Huynh, chief technology officer; director Michael P. Torok, managing director of JEC Capital Partners; and director G. Scott Paterson, former CEO of Yorkton Securities.