Controversy has swirled around the property and casualty industry’s response to Ontario’s May 4 windstorm, with restoration contracting firms speaking out to Canadian Underwriter recently to confirm the proper role of contractors during the catastrophe event. 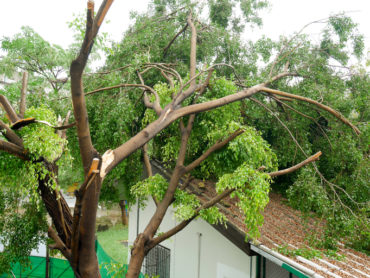 Restoration contracting firms made it clear to Canadian Underwriter that the reputation of the contracting industry should not be tarnished by unconfirmed reports that one or two individual rogue contractors may have offered insurance advice to clients during the Ontario windstorm. The allegations surfaced in the context of research for a story about whether adjusters had enough resources to handle multiple catastrophes.

The Ontario windstorm caused insured damage of $380 million, and happened about two weeks after an ice storm in the province caused $190 million in damage. The two cats taxed the resources of both the adjusting and contracting communities; some industry sources raised concerns about the potential for confusion between roles.

There is no confusion, representatives of Canadian restoration contracting firms told Canadian Underwriter. They reiterated the limits on contractors responding to catastrophe events, one of which is that they cannot offer advice on insurance coverage.

“In terms of the insurance policy or any coverage of that nature, that is really a conversation for the homeowner or policyholder and the insurance adjuster,” Chris Schmidt, CEO of Mississauga, Ont.-based restoration company DKI Canada, told Canadian Underwriter Tuesday. “The contractor engages in the [repair] agreement directly with that individual, being the homeowner, and they can perform the work with or without the benefit of insurance.”

Daniel Loosemore, vice president of Contractor Connection (Canada) Inc., a service line of the independent adjusting firm Crawford & Company, agreed that contractors cannot offer claims advice. “As professionals in their respective trades, contractors carry out the scope of the requirements of the loss,” Loosemore told Canadian Underwriter last week. “Offering advice on coverage or providing direction on an insurance claim remains outside of their professional function.”

During a cat event, restoration contractors are on “high alert” and work diligently to collect details on the specific event, as they are often unique, Loosemore said. Such information includes the type of peril, access to the affected area, travel time and required resources, including specific skills, consumable supplies, equipment and power. “In such instances, the timely communication between contractors, insurance adjusters and carriers becomes even more imperative to ensure a proper and prompt delivery of service. The more timely this information is, the better prepared contractors are to respond accordingly.”

Added Schmidt: “If an adjuster is out there to investigate, evaluate, negotiate and settle a claim, then a restoration contractor is out there to communicate, create an estimate that is reasonable and reflective of the work that is required…and, if selected by the homeowner, to complete the work.”

Just as the Ontario windstorm tested the industry’s adjusting resources, it tested the resources of restoration contractors as well.

The twin catastrophes highlighted the legislative and training differences between provinces, affecting the deployment of contractors at times. For example, in order to perform emergency roof work in Ontario, regulations require certain working-from-heights training that out-of-province roofers may not have. “So for us to be able to mobilize workers outside of the province wasn’t really reasonable, considering the legislative challenges that we face,” Schmidt said. “That’s pretty typical of any cat.”

Specifically, roofers need working-from-heights training, which is mandated by the provincial government under occupational health and safety legislation. “For this particular event – being a wind event, and causing a lot of damage to roofing and siding – there’s legislation in place where you need working-at-heights training,” Schmidt said. “If it were a different type of cat event, such as a flood, the technicians are able to mobilize and travel.”

There are certain educational requirements for contractors as well, and courses are available depending on the peril – water, fire, smoke remediation and asbestos removal, to name a few.

More News
Related
How the pieces of the puzzle fit together during a catastrophe
Claims professionals speak out amid allegations of contractors providing insurance advice
Catastrophe event? Where’s the company drone?
Ontario, Quebec wind storm to test industry capacity: Crawford