A motorist who was successfully sued for rear-ending a vehicle on an icy road has to reimburse the plaintiff $23,000 for forensic engineering reports.

Margaret Ozimkowski was driving home from work Jan. 23, 2012 after dusk in freezing rain. She was on a hilly road in the community of Almonte, west of Ottawa. She was at the crest of a hill when she noticed emergency lights flashing ahead of her. She braked to a halt and was rear-ended by Luc Raymond.

Ozimkowski sued Raymond. In a summary judgement ruling released Sept. 28, Judge Robyn Ryan Bell of the Ontario Superior Court of Justice found Raymond was liable, with damages to be determined at trial.

In another ruling released this past Tuesday, Ozimkowski was awarded $50,000 in costs. Of that, $23,000 was for engineering reports prepared by Gordon Jenish of Jenish Forensic Engineering. 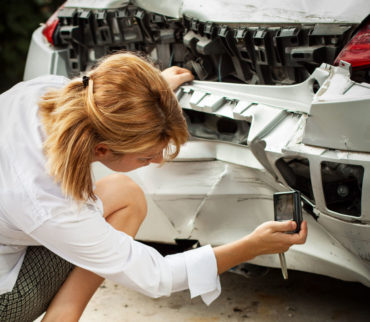 Raymond argued that Ozimkowski was at fault, alleging that Ozimkowski braked aggressively. Judge Ryan Bell disagreed, noting that Raymond “changed his evidence” as to the distance at which he was following Ozimkowski.

During an examination for discovery in May, 2014, Raymond stated he drove not less than 100 metres from the vehicle in front of him and his vehicle slid when he applied the brakes. Two years later – based on an engineer’s measurement – Raymond stated his following distance was 20 metres.

“While this matter involved a winter rear end collision and was not complex, I find that it was made more complex as a result of the changes in Mr. Raymond’s evidence regarding his following distance. Jenish’s second and third reports responded to the changes in his evidence,” wrote Ryan Bell.

Raymond had argued that Ozimkowski was at fault because she stopped in a live lane of traffic on an icy slope without checking to see if there was a vehicle behind her.

But Ryan Bell ruled this past September that Raymond was following too closely and not acting reasonably under the circumstances.

“Once a plaintiff has proven that a rear-end collision occurred, the evidentiary burden shifts from the plaintiff to the defendant, who must then show that she or he was not negligent. This analysis applies even where an emergency situation is alleged,” wrote Ryan Bell.