Here are the most common type of travel insurance claims

According to a recent survey conducted on behalf of RBC Insurance, just over one-quarter (26%) of 1,000 Canadians polled have made an insurance claim as a result of something that happened to them while travelling. One-third (33%) of those claims were related to visits to a doctor, hospital or clinic, while flight delays account for one-quarter (24%) of claims. 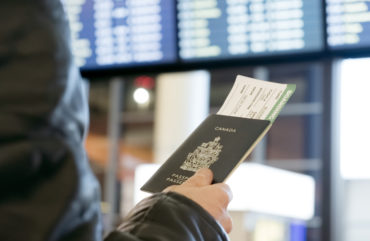 When asked the most important item to insure while on vacation, nearly three-quarters (72%) said themselves – and this increases among travellers aged 55 and over (81%) as compared to younger travellers (64%). When it comes to insuring physical belongings, 12% stated luggage is the next most important item, followed by a rental car (7%) and mobile phone (5%), said the survey, released Wednesday.

Of those Canadians who have never made a travel insurance claim, 79% have been lucky enough to say they have never been in a situation where they needed to make one, RBC Insurance reported. The remaining 21% said “they needed to file a claim, but did not or were unable to do so.” Top reasons for not making a claim include that it was “too much of a hassle, they were underinsured, they incorrectly assumed they were covered by their insurance policy of their credit card, or they didn’t know where to go.

“With so many credit cards offering travel insurance, many Canadians may assume that they are covered if something happens while travelling,” said Stacey Hughes-Brooks, head of travel at RBC Insurance. “It’s important that Canadians do their homework to understand their coverage otherwise they could find themselves out-of-pocket for minor or major expenses.”

RBC Insurance recommends that Canadians consider purchasing travel insurance, even if travelling within Canada, and ensure they understand what the policy does and does not cover and what coverage you may have through work or credit cards.

Canadians travel outside of their home province by air roughly once every six to seven months.