Is Aviva-Desjardins fraud collaboration the dawning of a new era?

Could an insurance fraud collaboration between the second and third largest insurers in Canada herald the beginning of a broader trend across the industry?

“Hopefully, this is laying the foundation for great, big things to come,” said Ashish Bhargava, vice president of fraud and analytics at Aviva Canada, in an interview with Canadian Underwriter Monday. “I think across a lot of major insurers, we have strong experience sets dealing with particular types of fraud issues and bringing a lot of that experience together could be incredibly fruitful and incredibly powerful.” 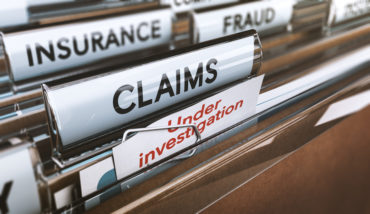 John Bordignon, a spokesperson for Desjardins Insurance, the country’s third-largest insurer by market share, also hopes there will be more collaboration between insurers on fraud. “Insurers are increasingly collaborating to identify and investigate fraud, and it needs to continue,” he said.

The joint investigation between the insurers followed a vehicle collision in March 2018. After the accident, Desjardins determined the policy number and liability slips were not valid. The victim provided Desjardins information about the person who allegedly sold her fake pink slips from The Personal, part of Desjardins.

The so-called “ghost broker” who sold the fraudulent insurance has been charged with two counts of fraud under $5,000 and two counts of providing false documentation.

“During the investigation, we determined that Aviva had investigated the same individual several years earlier for the unlicensed sale of insurance products,” Bordignon said. “It was then we decided to act collaboratively with Aviva on a broader investigation.”

Aviva confirmed they carried out an investigation into the accused individual in November 2014, making it the second time in several years he has been investigated. “Yet he continues to act as an unlicensed intermediary, supplying false documentation of policies, leaving the general public and insurance companies at risk.”

For Desjardins, the joint investigation helps raise awareness and educate the public about fraud. The goal is to ensure that consumers are working with reputable (and licensed) agents or brokers, thereby protecting them from becoming victims.

What are some of the challenges when it comes to partnering with other insurers on fraud investigations?

Sometimes insurers may not feel comfortable sharing data with others. “That’s something we need to continue to work through, and we understand it’s a sensitive topic,” Bhargava said. He added there needs to be a “bias for action,” which can help overcome things like a deficit of resources or expertise within an organization to investigate fraud. “To me, this is an investigation highlighting that when we do work together, we can produce some positive results.”

To detect fraudulent activity affecting multiple insurers, there should be a framework in place that allows insurers to share information for the purposes of fraud detection, investigation and suppression, Bordignon said. “This alignment needs to encapsulate regulators, law enforcement and the insurance industry, because we all have a role to play in fighting fraud. Tackling insurance fraud takes a combined effort, no single organization can solve it.”

2 Comments » for Is Aviva-Desjardins fraud collaboration the dawning of a new era?