How lawsuits arising from stolen vehicles could affect drone claims

Liability risk for operators of unmanned aerial vehicles (commonly known as drones) will be affected by past court rulings concerning parked vehicles, a lawyer suggested Tuesday during a claims conference. And based on precedents set in the vehicle cases, it appears as though commercial drone users may be more exposed to liability than individual hobbyists who fly drones. 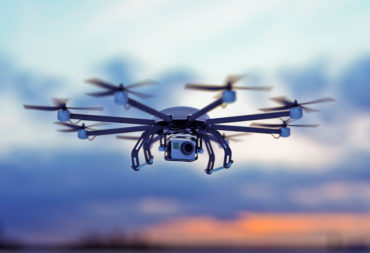 “A lot of things could go wrong with respect to the use of drones,” Christina Polano, a  partner with Thomas Gold Pettingill, warned insurance professionals Tuesday. She was speaking at the 51st annual joint conference of the Ontario chapters of the Canadian Insurance Claims Managers Association (CICMA) and the Canadian Independent Adjusters’ Association (CIAA).

Like cars, drones have the potential to do a lot of harm or damage. People have been injured by drone propellers and drones could also interfere with airplanes taking off and landing. “As long as there is some reasonable expectation that the activity that somebody’s engaging in could harm somebody else, there is a good chance that liability will be applied,” Polano said.

When hearing a personal injury lawsuit arising from drone use, a court might use the “Anns” test, Polano suggested at the conference, held at the Metro Toronto Convention Centre.

The Anns test is essentially a list of questions that judges will ask when deciding if a defendant is liable. It is named after a British House of Lords ruling released in 1977. One question in the Anns test is whether the harm suffered by the plaintiff was a “reasonably foreseeable consequence” of the defendant’s act, the Supreme Court of Canada noted in Cooper v. Hobart, released in 2001.

Claims professionals can get some guidance about the potential liability involving drones from lawsuits against the owners of parked vehicles, said Polano, whose work includes defending personal injury lawsuits.

One such lawsuit is before the Supreme Court of Canada– James Chadwick Rankin, carrying on business as Rankin’s Garage & Sales v. J.J. by his Litigation Guardian, J.A.J., et al.

Rankin’s Garage is one defendant sued by a teenager (known in court records only as J.J.), who participated in the theft of a customer’s car from the garage. The thief who stole and drove the car was drunk. They got in an accident, leaving J.J., a passenger, with a catastrophic brain injury. An Ontario Superior Court of Justice jury found Rankin’s Garage 37% liable, a ruling upheld on appeal.

Basically, the jury found the garage ought to have known of the risk of car theft and taken measures to make sure the car wasn’t stolen. The customer’s car was unlocked with the keys in the ashtray. The Supreme Court of Canada has yet to rule on Rankin’s appeal.

In contrast, in Campiou Estate v. Gladue, the Alberta Court of Queen’s Bench dismissed in 2002 a lawsuit against the owner of a stolen vehicle that got into an accident, killing a passenger. In Campiou, the Alberta Court of Queen’s Bench found it would not be good public policy to hold the vehicle owner liable for a person killed in an accident after the owner’s own vehicle was stolen.

In upholding the jury ruling against Rankin’s Garage, the Court of Appeal for Ontario noted the lawsuit against Rankin’s Garage is different from a car owner who leaves his or her keys in the car parked at home. The garage operator could have met his duty of care “simply by locking the vehicles and securing the keys.”

Polano observed that the commercial entity in Rankin was more likely to attract liability than the individual owner in Campiou. Claims professionals would be wise to keep this in mind when adjusting drones claims, she said.

Any company using drones should ensure that those machines are covered under their business insurance policies, she recommended.