Ontario’s Ministry of Finance has proposed regulatory amendments clarifying that harmonized sales tax (HST) is required to be paid in addition to accident benefit limits. 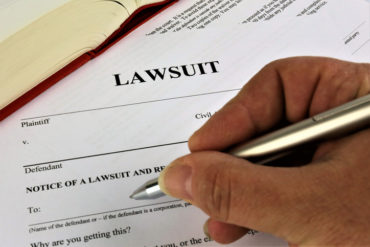 What do insurers think of the proposed changes? The Insurance Bureau of Canada (IBC), the association representing Canada’s private home, auto and business insurers, told Canadian Underwriter Monday that “IBC is consulting with industry on the proposed regulatory amendment and will respond to the public consultation by April 26th.”

Comments are due to the ministry are due by April 26. “The proposed changes are in line with direction previously provided to insurers by the financial services regulator; therefore, no new impact is expected on businesses, including insurers,” the finance ministry said in the regulatory registry.

The issue of HST on accident benefits came to light on Oct. 31, 2018 when several lawsuits were filed against a number of insurance companies and Ontario’s regulator, the Financial Services Commission of Ontario, on behalf of accident victims. The lawsuits allege the insurers either included HST in the calculation of benefit entitlements or the insurers only paid the cost of benefits without the HST. The allegations have not been proven in court.

One defendant – Aviva Canada – told Canadian Underwriter earlier it “actively sought clarification from the government regarding the tax treatment on claims payments to our customers.” Aviva Canada said Tuesday “because this issue is still before the courts, it just wouldn’t be appropriate for us to comment publicly on this initiative.”

Intact and belairdirect are named as defendants in separate lawsuits arising from accidents in 2015. The insurer said it is currently “paying the HST and are not counting it towards the cap, as per current FSCO guidelines.”

Other defendants at the time included Certas, Allstate, Unifund, who declined to comment or did not returns call when contacted about the issue in November 2018.

Ontario consumers must pay 13% HST on many goods and services. Some, such as massage therapy, may be part of an accident benefits claim. Paul Harte, a lawyer with Harte Law who is representing several claimants, told Canadian Underwriter last year that some health services, such as chiropractic treatment or physiotherapy, do not have sales tax. Others, such as massage, do have HST. The sales tax is not payable on “home care” (such as bathing and feeding) if that service is either supplied by a government or paid by a government or an organization that administers the home care for a government.