TORONTO – Lawyers have filed a lawsuit on behalf of six of the 15 people injured in a bombing at a restaurant west of Toronto, alleging the business failed to take precautions to prevent the incident.

Each plaintiff is suing the Mississauga, Ont., restaurant where the bombing happened – Bombay Bhel – and the corporation that owns it for $1 million. 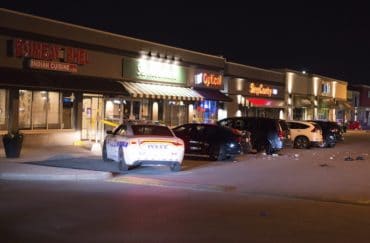 A statement of claim filed in a Brampton, Ont., court Monday alleges that the restaurant failed to do its duty to protect its patrons.

The statement of claim alleges that the restaurant owners failed to protect their customers from the “real and actual” threat of a bombing, which it claims they should have known about.

The document claims the restaurant failed to hire “a sufficient” amount of security, alleging it was involved in a rumoured “turf war” with a rival business.

The court document does not spell out a basis for this belief but lawyers told a news conference Tuesday it was based on information they had received from unnamed sources. Allegations contained in the statement of claim have not been proven in court.

Investigators have alleged two suspects detonated an improvised explosive device in the restaurant on the evening of May 24 before fleeing on foot and then jumping into an unidentified vehicle.

Peel regional police said they have no information suggesting that there is a turf war and never received any reports of threats towards the restaurant, its owners or staff.

The restaurant deferred questions about the lawsuit to Peel police.