Local M&A activity heats up in the claims industry

The acquisition was the second in two months within the claims industry, as full-service contractor Woodhouse Group Inc. announced last month that it had acquired restoration contractor First Response Restorations to position itself as one of the largest companies in the Waterloo region. 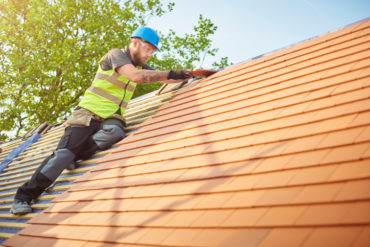 In a press release, Crawford called the Cherrie Griffith deal “a strategic acquisition that enhances Crawford’s capabilities in this important territory. Cherrie Griffith provides a unique blend of large loss capability with adjusters who offer strong adjustment skills across a broad spectrum of loss exposures.”

Michael Cherrie and Mike Griffith will each assume the title of senior general adjuster, Global Technical Services (GTS). Cherrie will manage the Ottawa region (Ottawa, Kingston and Brockville), while Griffith will play an integral role in the technical mentorship of staff in that region. The current Ottawa manager, Nancy Brooks, will co-manage through the transition before assuming a new role within Crawford.

Pat Van Bakel, president and CEO of Crawford Canada, said the acquisition plays an important role in Crawford’s commitment to enhancing and broadening its depth of knowledge and expertise in specialty and complex losses, including those tied to emerging risk. “The capabilities of Cherrie Griffith align well with those of our GTS service line, while at the same time strengthening our offering in more traditional small and mid-market exposures.”

In an earlier acquisition, the Woodhouse Group-First Response Restorations merger reunited Ken and Doug Woodhouse of Woodhouse Group with their brother Jim Woodhouse Jr. in the disaster restoration industry after 20 years of working in separate businesses.

“Twenty years ago, the family business went in two different directions and gained different strengths, knowledge, and skills,” Jim Woodhouse Jr. said in a statement. “Reunited, we have more resources, trained staff and expertise. Together we have become the strongest restoration contractor in the area, better positioned to serve our clients and our community.”

First Response Restorations will continue to operate under its company name, with Jim Woodhouse Jr. remaining as senior manager of disaster restoration. Mike Woodhouse takes on the position of project manager. The acquisition positions the original founder’s grandsons, Mike and Joe Woodhouse, “as integral components to the business’s success in the future, solidifying the Woodhouse legacy.”

Woodhouse Contracting was established in 1968 as a siding, window and door installation company by Jim Woodhouse Sr. He was joined by his son Ken Woodhouse in 1981, followed by Ken’s brothers Jim Jr. and Doug. Together, they grew the business into a residential and commercial contracting company.

Woodhouse Contracting eventually grew to nine locations in southern Ontario and reemerged in late 2012 as a general contractor, operating under Woodhouse Group. The business welcomed a third Woodhouse generation in 2015 , when Ken’s son, Joe, was promoted to the position of chief financial officer and partner.