“Our thought process with On Side [Restoration] is very much consistent with what we tried to do with BrokerLink a decade ago – to build capacity at scale and then profitably,” Brindamour said during a recent earnings call.

He was referring Vancouver-based On Side Restoration, the contractor that Intact acquired in 2019.

An investment banking analyst asked Intact executives about the growth prospects in distribution.

Brindamour segued to his remarks about On Side after discussing Brokerlink and Frank Cowan, a managing general agent that Intact acquired in 2019 from Cambridge, Ont.-based Princeton Holdings. The same deal saw Intact acquire The Guarantee Company of North America. 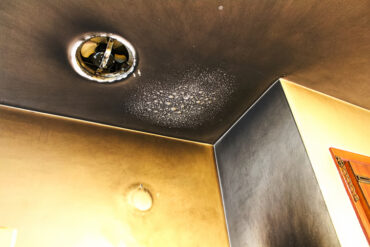 Brindamour had been asked earlier about On Side in May 2020 during a “fireside chat” with Barclays’ financial services analyst John Aiken.

“If we could make [On Side] as big as our [BrokerLink] operation, we will,” Brindamour said at the time. “We like the economic profile because it is inversely correlated to the performance of the property portfolio. And it could juice up what I call our ‘Monday morning’ [return on equity], which is the ROE that we have before we actually start doing the business of insurance through distribution and home restoration. That would be a nice side benefit to it.”

Nine days ago, on Feb. 10, 2021, Brindamour reiterated his view that On Side gives Intact revenue that is inversely correlated to property losses.

“We are probably ahead of where I thought we would be in [the On Side] acquisition, and so we will put more capital there and certainly leverage this platform with the RSA integration, which will really help the [On Side] platform as well and the customer experience,” Brindamour said Feb. 10.

The improvement in underwriting profitability was even more pronounced in personal property in Canada, where Intact’s combined ratio dropped from 92.5% in 2019 to 81.7% in 2020. This was due in part to the drop in Intact’s weather-related catastrophe losses from $326 million in 2019 to $205 million in 2020, despite the June 13, 2020 Calgary hail storm. In 2019, weather-related events that hit Intact’s bottom line included the Hallowe’en storm that impacted both Ontario and Quebec, with winds approaching 130 km/h recorded in the Niagara area.