Your client owns a strata apartment in a high-rise. Water starts coming in from the ceiling from the unit above. The night security guard visits the higher of the two units but neither the occupant nor the security guard can find the source of the leak. Should the owner be liable if a plumber does not respond immediately?

In the case of Alameer v. Zhang, released Tuesday by the British Columbia Civil Resolution Tribunal, the answer was no.

Hadeel Alameer owns a strata unit, [number 707 in the building] in which her tenant reported water coming in from the ceiling on May 18, 2020.

The resulting damage cost Alameer $5,318.67. She took Yi Zhang, the owner of unit number 807, to the Civil Resolution Tribunal. Alameer did not have insurance coverage for her costs, which included drywall, paint, flooring and emergency drying. 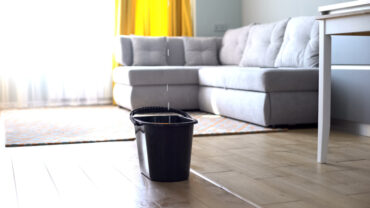 So Zhang contacted a plumber the same night, who said they would come the following day.

The morning of May 19, the plumber that Zhang called went to both units 707 and 807. Eventually, the plumber eventually identified a leaking hot water pipe inside a wall within a closet next to a bedroom in unit 807. The plumber repaired the pipe.

Evidence before the CRT included a letter from the plumbing firm to the strata corporation.

“The plumber stated the bedroom floor appeared dry until they ‘neared the far end of the clothes closet’. It was when the plumber opened the closet door that they discovered ‘a flood in the compartment’ which eventually led to the leaking hot water pipe,” CRT member J. Garth Cambrey wrote in the ruling.

Alameer argued that Zhang should be liable — an argument the CRT ultimately rejected.

Alameer argued that if the plumber came to unit 807 the evening of May 18 instead of the following day, then the damage to the unit she owned would have been minimal.

Zhang countered that it was the plumbing contractor who decided to wait until the following day and that it was not reasonable to expect her father and the security guard to identify the leak in her unit.

“Because the leaking pipe was inside a wall and largely confined to a closet, I find it was reasonable that the source could not be located by visible inspection,” wrote Cambrey.

The letter from the plumbing contractor indicates the plumber had difficultly locating the leak the following day, Cambrey noted. Cambrey also found that Alameer did not prove that had the leak source been identified the night of the 18th, less damage would have been caused to Alameer’s unit.

No photographs or other evidence was provided to the CRT allowing Cambrey to compare the extent of the damage existing in the evening May 18, 2020 to that on the morning of May 19, 2020, Cambrey wrote.

Claims involving two strata unit owners do not necessarily fall under strata property rules because there can also be an independent basis of tort, noted Cambrey.

Alameer initially filed her claim as a strata property claim. During the CRT’s facilitation process, the case manager cautioned the parties that the claim may not be within the CRT’s strata property jurisdiction, and were asked to address this jurisdictional issue in their respective submissions. However, neither party did so.