The British Columbia law intended to immediately get impaired drivers off the road could be headed – yet again – to the Supreme Court of Canada.

Canada’s top court announced Jan. 10 that Larry Edward Lemieux has applied for leave to appeal Lemieux v. British Columbia (Superintendent of Motor Vehicles), released this past June by the B.C. Court of Appeal.

Lemieux is one of four motorists who are making legal challenges to provisions of the B.C. Motor Vehicle Act that impose immediate 90-day licence suspensions on drivers who fail breathalyzer tests or fail to provide breath samples. 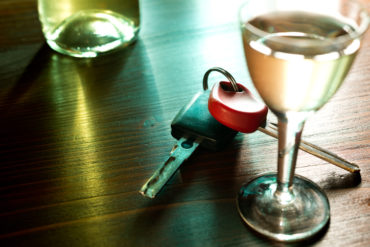 The Insurance Bureau of Canada had previously argued – in a different case over the same law – that if provincial roadside suspension laws for impaired drivers are struck down, this could increase accident rates to a degree not reflected in insurers’ premiums.

The fact that Lemieux is applying for leave to appeal does not necessarily mean that the top court will review his case. Normally the Supreme Court of Canada releases decision on leave applications within six weeks.

IBC – which had intervener status in Goodwin – argued that the loss data insurers use to set premiums is based on road safety schemes, including provinces’ impaired driving legislation.

“The inevitable increase in motor vehicle collisions and injuries that will result from the inability of provinces to adopt impaired driving legislation, such as [British Columbia’] regime, will have an impact on premiums and the insurance industry, including its policyholders, as a whole,” IBC wrote in its factum in Goodwin.

In Goodwin, the main issue was whether B.C. is intruding on criminal law, an exclusive federal power. Ultimately the Supreme Court of Canada ruled in favour of the province on the grounds that the essence of B.C.’s immediate roadside suspension scheme is motor vehicle regulation, a provincial power.

IBC is not listed as an intervenor in Lemieux.

B.C.’s Motor Vehicle Act was changed several times since the suspensions that gave rise to the Goodwin case.

The challenge currently underway comes from Lemieux and three other motorists who got immediate 90-day roadside license suspensions resulting from breathalyzer tests – either from blowing more than 0.05% or failing to provide a breath sample. Those motorists argue that changes to the Motor Vehicle Act released in 2016 impose the burden of proof on the motorist (and not the Crown) and are therefore unconstitutional. Justice Jennifer Duncan of the B.C. Supreme Court rejected that argument in her 2018 ruling, which was upheld on appeal.

Currently the Motor Vehicle Act gives drivers the right to apply to the Superintendent of Motor Vehicles to appeal licence suspensions. But the 2016 amendment to the Act puts the burden of proof on the motorist in such appeals.

Lemieux and the other petitioners are arguing this puts an impossible burden on those drivers when providing evidence.

Justice John Savage disagreed, writing for the B.C. Court of Appeal in its unanimous ruling.

“The general rule with respect to the burden of proof is that the person who seeks to establish a point bears the burden of doing so,” wrote Justice Savage.

“For example, the driver can provide evidence of a lack of warning of a second opportunity to provide a sample or evidence that the driver had consumed alcohol a few minutes before the test, causing false results due to mouth alcohol. The Superintendent will then have to consider all of the evidence, including that provided by the peace officer, in determining whether one of the statutory grounds for revocation has been established on the evidence.”

Currently B.C. drivers who fail a breathalyzer can ask for a second test on a different machine, and the lower of the two results will be used to determine whether the licence gets suspended.