Municipalities are not liable for “policy decisions” on matters such as snowplowing, but lawyers disagree on exactly what kind of a “policy decision” could shield a government from liability in a personal injury lawsuit.

“Back home in Newfoundland, when there is a snowstorm, they don’t put plows on the road,” Supreme Court of Canada Justice Malcolm Rowe observed Mar. 25 during a hearing in City of Nelson v. Taryn Joy Marchi.

“That’s a policy decision because you have to run the plow back and forth constantly and it costs a lot of money. So in a snowstorm you are on your own. You either go on the road and take your chances or you don’t go on the road.

“That is different from saying, ‘When the snow plow went out, the snow plow operator made such a bad job of cleaning the road that it was dangerous.’”

The Supreme Court of Canada has yet to issue a ruling the Marchi case. Justice Rowe interjected with his remarks when Greg Allen, a lawyer for the City of Nelson, British Columbia, argued that some decisions by city staff could be viewed either as operational or policy decisions.

The City of Nelson is appealing a B.C. Court of Appeal ruling released Jan, 2, 2020.

Basically, in Canadian civil law, if a government body makes a decision and a court rules it is a “policy decision,” then the government can’t be sued for negligence for the consequences of that policy decision. But an “operational” decision is not the same thing. 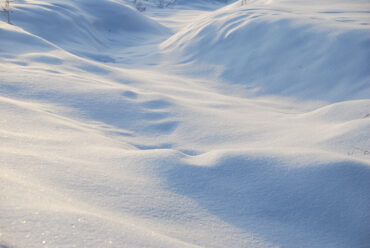 The lawsuit against the City of Nelson began Jan. 6, 2015 when Taryn Marchi parked her car on Baker St. after about two days of heavy snowfall. The street had been plowed, resulting in deep snowbanks along the curbs. Marchi started crossing a snowbank, also known as a windrow, about two feet deep onto the sidewalk. Because of the windrow, the exact location of the curb wasn’t clear to a pedestrian. As Marchi shifted her weight on to her right foot, she unknowingly stepped partly on to the curb, bending her forefoot up. She fell forward, suffering serious injury.

Marchi’s lawsuit against the city was initially thrown out of court. In 2019, Supreme Court of B.C. Justice Mark McEwan ruled that city of Nelson was not liable because the decision about how city crews plow and remove snow were “bona fide policy” decisions.

Marchi appealed. In a 2020 ruling, the provincial appeal court ordered a new trial. The City of Nelson is now arguing that the original lower court ruling should stand. Marchi’s legal team says the only issue that needs to be decided at a future trial is the question of contributory negligence on Marchi’s part.

B.C.’s Appeal Court ruled that the trial judge “did not appropriately consider and identify” what acts or omissions on city’s part should have been subject to court scrutiny.

The City of Nelson is asking the Supreme Court of Canada to restore the original lower court ruling that dismissed the lawsuit.

Policy decisions are about allocation of resources, Allen argued before the Supreme Court on Mar. 25, 2021.

“If a snowplow operator puts his or her plow two inches above the road surface, as compared to half an inch, and that leaves more snow on the road surface than expected, that is not policy,” Allen told the Supreme Court. “That is what would be described in case law as operational.”

The city is arguing that its decision to plow an angled-parking area on a downtown street, leaving windrows over the curb, was its policy. Lawyer Danielle Daroux, who is representing the plaintiff, disagreed.

For Daroux, the question of whether a city employee should have picked up a shovel to make a passageway through the windrows to the sidewalk, or to close the angled parking spots until there was a path to the sidewalk, doesn’t pertain to the “political, economic or social considerations” that would trigger the doctrine of policy immunity.

“It is simply not fair for a government, who owes a duty of care, to be immunized against the law of negligence by saying ‘it is our policy to do what we usually do,’” Daroux said during the March Supreme Court hearing. “Merely affixing the world ‘policy’ to a challenged decision in a negligence action does not magically transform the decision [made by city staff] into an immune policy decision.”

The “substance” of the decision, rather than the label, makes it either a policy or operational decision, Daroux said.

It would be a “vast expansion of government immunity” if decisions that Nelson city staff made concerning where to put the cleared snow are considered “core policy decisions” exempt from liability, she suggested.

Lawyers for several Canadian cities and provinces argued as intervenors during the hearing.

If the conduct of city staff resulted from weighing social, political or economic factors, then the doctrine of policy immunity applies, said Sonal Gandhi, a lawyer for the Ontario Ministry of the Attorney General. Ontario’s ministry of the attorney general has intervenor status in the lawsuit against Nelson, B.C.

While Gandhi was making arguments on behalf of the Ontario government, Justice Rowe put forward the analogy of airport construction. Justice Rowe pointed out that in Newfoundland and Labrador, airports are paid for by the province. The decision to build an airport is a policy decision.

“If you put in an airport with a runway that is dangerous, it sounds to me like that’s an operational decision,” said Justice Rowe.

“What is at issue is the policy itself – the snow maintenance and removal policy,” replied Gandhi. “The absence of the requirement to go in and shovel all the snowbanks is itself a policy decision.”

Courts should take a “narrow view” of what is a policy decision, said personal injury lawyer K. Jay Ralston, who is representing the Ontario Trial Lawyers Association as an intervenor.

“To not frame it narrowly would allow governments to act unreasonably without any accountability or oversight by the courts,” said Ralston.

More News
Related
Could CGL policy have to cover this dry cleaning pollution claim?
New Supreme Court of Canada guidance on liability for Canadian clients operating overseas
Why Aviva Canada does not have to defend this sexual abuse lawsuit
Plaintiff loses right to sue after slip-and-fall on a sanded sidewalk