With the upcoming legalization of edibles containing cannabis this October, Canadian claims adjusters may see more indirect injury loss and damage claims, suggests a lawyer with Field Law in Calgary.

Compared to regular smoked marijuana, edibles have a more delayed and prolonged reaction, meaning the ability to predict impairment will create an additional challenge for adjusters. 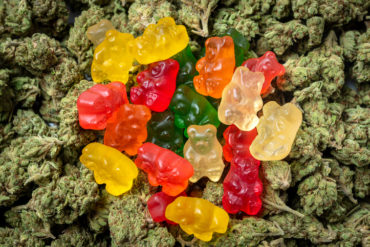 On the auto and injury side, a claimant “might be wanting to argue some kind of contributory negligence if the other party was impaired, even though maybe they didn’t cause the accident per se,” said Erika Carrasco, a partner at Field Law who leads the firm’s emerging technology team. “Those are some of the additional quandaries we are going to face with respect to edibles and how they might cause or contribute to injury loss and damage under certain policies.

“Once a claim arises, how do you assess something when you don’t even know it may even be at play in the circumstances?” Carrasco asked.

She spoke to Canadian Underwriter last week about cannabis coverage issues. In late January, Carrasco was one of the presenters from Field Law at the Insurance Institute of Canada’s Impact of Cannabis on the Insurance Industry seminar.

Although recreational cannabis has been legal in Canada since Oct. 17, 2018, typical insurance policies don’t distinguish between what format the cannabis is in. Sometimes cannabis is listed as a drug under the federal Controlled Drugs and Substances Act, or referred to as an illegal or legal substance. Other times wording can include, for example, “use of cannabis or cannabis products or any substance containing THC,” the psychoactive ingredient in cannabis.

“The impact of edibles on that wording shouldn’t be any different than the legalization of cannabis,” Carrasco said, referring to the Oct. 17, 2018 legalization.

But claims adjusters may have to adjust their questions to cover off issues related to coverage. “We might have to have specific questions [like], ‘Do you regularly use cannabis? How often do you use it? In what format? Where do you purchase it from? What strains do you use?’” Carrasco suggested. “A lot more detailed questioning might occur depending on if there’s a chance that the person or a party could have been impaired by cannabis use.”

It’s also important to note that while recreational cannabis is legal, “it’s only legal within certain parameters,” Carrasco pointed out. “We’ve had these exclusions in the past about illegal drugs or marijuana or cannabis, but right now what you still need to have in place is an exclusion that if your insured is using cannabis outside the scope of the regulatory framework, they should still be excluded from coverage.”

It’s hard to tell where claims will go from an edibles standpoint; the industry still hasn’t seen the full effects of the “first wave” of legalization. “I think we are still a little ways out to see what will some of the impacts be on claims and coverage going forward because right now I think we will see them mostly on the impairment side.”