A release issued by the RCMP said traffic on Highway 16 was blocked in both directions between Guernsey and Plunket “due to a complete lack of visibility due to smoke.” 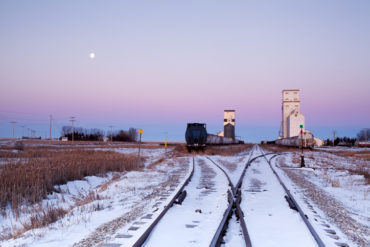 CP Rail issued a release saying the incident occurred just west of Guernsey around midnight local time and that no injuries had been reported and no evacuations ordered “at this time.”

The fire was burning close to the roadway and CP said emergency response and HazMat crews had been deployed and were working with local first responders to assess and minimize any impact to the surrounding area.

The railway said that according to initial reports there had been no impact on any local waterways, adding that crews would work to ensure the area is cleaned up and restored.

There was no immediate word on how many rail cars were involved and CP noted that an investigation was underway into the cause of the derailment.

Police said the incident could result in an extended traffic blockage, and that an alternate route was available south of Plunket on Highway 365 toward Watrous, then north along Highway 668 to Guernsey.

This report by The Canadian Press was first published Dec. 9, 2019.