For example, there are now alarms built right into electrical systems, and there are components that control air conditioning and heating. 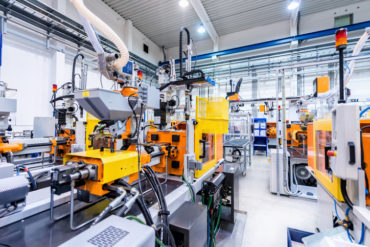 “It’s a bit more of that smart-building approach,” Gardiner said. “It gives a great ease obviously to anyone running a business, but, at the same time, now you’ve added a layer into something that could cause a different type of accident. So, for example, not only does the electrical panel have problems, but also the control system and the associated equipment that’s running in conjunction with that. You are seeing that domino effect opening up to larger losses just because it’s all interconnected.”

Another trend Gardiner sees is the aging infrastructure of the electrical power grid in North America.

“You have an electrical power grid system that has not been fully updated since the 1970s and when it’s updated now, it’s only on a breakdown basis,” Gardiner said. “And if you picture a business in the 70s and then picture them now, we’re pulling way more off that same electrical grid system. So that’s leading to more blackouts, more brownouts and more power fluctuation issues, which eventually will lead to more losses as well.”

In the past, equipment breakdown losses were weighted on the direct damage costs – the actual piece of broken equipment and the costs to fix it. “But now what we are starting to see is a greater shift to the cost being exponentially more expensive to cover off the business interruption, the extra expense, the expediting expenses to fix equipment. All of that is actually far outweighing the piece of equipment that’s been broken itself,” Gardiner said.

If a client already has a property policy, do they need equipment breakdown coverage?