HALIFAX – Environment Canada is warning residents of the Maritimes to brace for a tropical storm later this week.

Tropical storm Erin is expected to form later today off the Carolinas and then track northeastward toward Nova Scotia, where heavy rain and gusty winds are expected on Thursday and Friday.

The storm is forecast to be near Nova Scotia’s Atlantic coast by Friday afternoon. 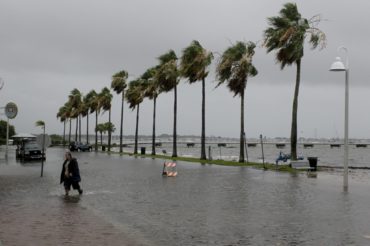 Wind gusts are expected to be strong enough to cause isolated power outages and minor damage.

The amount of rainfall is forecast to reach between 50 and 100 millimetres in parts of Nova Scotia, Prince Edward Island and southeastern New Brunswick.

However, Environment Canada says a significant storm surge is unlikely, though higher-than-normal water levels and rough surf are possible to the right of the storm’s track.