Where Intact will stop insuring dune buggies and some snowmobiles

Clients with dune buggies or with snowmobiles that carry more than two people will no longer be able to get those vehicles insured by Intact starting next year in Nova Scotia.

Intact considers dune buggies as “too risky,” wrote Jennifer Nicholson, a members of the Nova Scotia Utility and Review board, in a decision released this past Friday.

Intact is also adding snowmobiles designed to carry more than two people (more than one driver and one passenger) to the list of risks the insurer will not write, Nicholson wrote. 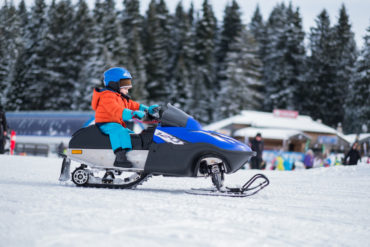 “As with dune buggies, the additional risk of more than one passenger is too great,” Nicholson wrote of Intact’s decision to stop insuring snowmobiles that carry three or more.

“I think it’s a smart move on the part of Intact,” said Brian Patterson, CEO of the Ontario Safety League, in an interview Monday.

“The need for speed with some people on those things, the reckless choices they make and the lack of skills – the injuries are significant,” said Patterson. “You can have an unskilled driver, you can have a young driver who is not capable of assessing risk and often on unregulated property.”

In its recent ruling, NSURB supported changes proposed by Intact – and some of its sister companies – to its auto risk classification system in Nova Scotia.

Those changes take effect Jan. 1, 2020 for new business and Feb. 1 for renewal business.

If a snowmobile with three riders (including the driver) flips, this can put the weight of the vehicle on three people including children, Patterson pointed out.

If your client in Nova Scotia has such vehicles, they normally need $500,000 in liability insurance but there are exceptions – such as one those who ride such vehicles on property they own or occupy.

Children can drive those vehicles but those 14 and younger – if driving a snowmobile – must take a safety training course, be under the direct supervision of their parent or guardian and must only be operating the vehicle on private land or a designated trail.

“On many snowmobile trails, the conditions change within an hour,” said Patterson. “You could have gone north on it and coming south, it’s debris-strewn. These are high-risk activities and people have to treat them accordingly.”

In its Sept. 6 decision, NSURB noted that Intact will stop insuring trailers and camper units if they are valued at more than $80,000, are in excess of 40 feet in length and are not written in conjunction with a new or existing automobile policy.