Who’s liable for what in this $2.2-million fuel oil spill

Another chapter in the sad story of a $2.2-million residential heating fuel oil spill, into a fresh-water lake, has been closed.

The Supreme Court of Canada announced this past Thursday it will not hear an appeal from Thompson Fuels of Gendron v Thompson Fuels, released in 2018 by the Court of Appeal for Ontario.

So as it stands, Thomson Fuels is 40% liable for a December, 2008 spill from the home of Wayne Gendron, whose Lindsay area home has since been demolished to enable environmental remediation. The home was across the road from the shore of Sturgeon Lake, about 40 kilometres northwest of Peterborough. 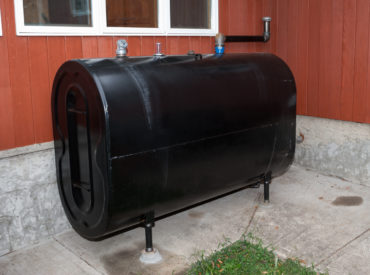 Thompson Fuels delivered about 700 litres of oil the afternoon of Dec. 18, 2008 for Gendron’s furnace. Soon afterwards, the homeowner got home to discover oil was leaking from above-ground tanks in the basement. Gendron spent hours into the night cleaning.

It turns out – unbeknownst at the time to Gendron – that hundreds of litres of oil leaked outside the home, eventually migrating into Sturgeon Lake. A Big O drain around the foundation drained into a city culvert.

The homeowner’s insurance covered some but not all of the clean-up costs. After the limits of his insurance were exhausted, the City of Kawartha Lakes had to continue environmental remediation.

Ina separate proceeding that took the environment lawyers by surprise, the city was held liable for clean-up costs even though the city was not responsible for the spill. The Court of Appeal for Ontario ruled against the city in 2013.

The TSSA was found not liable in 2017 by Justice Robert Charney of the Ontario Superior Court of Justice, who presided over a 26-day trial from November, 2016 through January, 2017.

Both Thompson and Gendron appealed Charney’s ruling, with both sides arguing the other was more liable than Justice Charney found.  But the Court of Appeal for Ontario upheld Justice Granby’s findings of liability. It also largely rejected several other grounds that Thompson argued on appeal.

Ultimately, Thompson is liable for about $900,000 of Gendron’s total damages of more than $2.1 million.It was in late 2000 when Gendron bought his two new 200-gallon (910-Litre) above-ground indoor oil tanks. The outlets are on the end sides of the tanks about two inches from the bottom.

Along with a friend, Gendron installed the tanks side by side in his basement. He did not employ an oil burner technician, Justice Charney wrote.

The two oil tanks were twinned – meaning a two-inch transfer pipe joined the two. So if one tank was filled, the oil would flow from the fill tank through the transfer pipe to the other tank, so that an equal amount of oil would end up in both tanks.

Instead of having one shutoff valve for each tank, there was only one shut-off valve – near the furnace and beyond the transfer pipe joining the two tanks, wrote Justice Charney.

In late 2001, Gendron signed a fuel supply agreement with Thompson.

The agreement included the following wording:

Thompson Fuels is not responsible for the inspection and/or maintenance of any fuel oil tank located on the premises.

Thompson tried to rely on this contract but Justice Charney ruled that Thompson was obliged under regulations to perform a comprehensive inspection of the oil tank.

Justice Charney said Gendron’s tanks did not comply with new rules introduced by the TSSA in 2003. This was because the non-outlet ends were less than two inches from the wall, the side-by side walls of the tanks were less than four inches apart and the tank that was leaking had less than 18 inches of clearance along the other side the tank.

Between February, 2002 and November, 2007, Thompson did four service calls to Gendron’s home. The president of Thompson was asked by TSSA, after the leak, to provide all relevant documents on Gendron’s residence. It turns out there no inspection reports on file. Invoices printed after service calls indicted there were inspections but this turned out to be a “systems error.”

Lack of inspections was one reason Justice Charney found Thompson partly liable. He also ruled Thompson should have considered the tank to be an immediate hazard requiring the system to be shut off and to cease delivery of fuel. This process is known as tagging out.

The rules on minimum clearance requirements were intended to let a professional inspect the surface for leaks or external signs of corrosion, Justice Charney noted.

“The fact that the non-outlet ends were tight against the wall meant that it was impossible to inspect those sides of the tank to determine whether they were safe. I do not accept Thompson Fuels’ argument that while visible signs of corrosion would qualify as a non-immediate hazard, keeping the signs of corrosion hidden from view is not a safety issue.”

Justice Charney heard from experts that the leak was caused by corrosion, in turn caused by the build-up of water and sludge inside the tan. This produces in sulphur and organic acids that corrode the tank from the inside.

A major factor in finding Gendron mostly liable was the time it took to report the spill.

The following afternoon about 3:30, Gendron called to complain the company did not deliver nearly as much fuel as it was supposed to. A Thompson Fuels technician calculated about 600 litres of oil had spilled. He advised Gendron to report it to the Ministry of the Environment. Gendron still did not believe that much oil spilled and thought at the time that Thompson failed to deliver the 700 litres of oil it said it delivered.

It was Thompson that reported the spill to the Ministry of Environment.

If Gendron had called Thompson Fuels’ 24/7 emergency hotline as soon as he discovered the leak, the fuel firm would have responded within 30 minutes and the leak plugged or the tanks pumped out, Justice Charney found. This would have greatly reduced the quantity of oil that escaped and reduced the damages.

An ordinary reasonable and prudent person in the same circumstances would know to immediately report a fuel oil leak so that it can be dealt with by professionals, ruled Justice Charney.

More News
Related
How not to handle a lawsuit alleging historical environmental contamination
Could CGL policy have to cover this dry cleaning pollution claim?
How commercial lease terms affect gas bars’ pollution liability
How this dry cleaner got sued over 50-year-old pollution