Why the brewing battle over vehicle data ownership matters to insurers 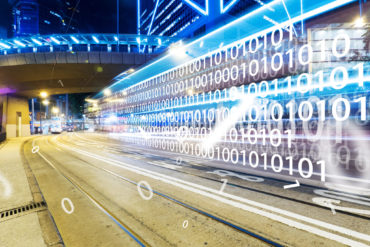 Collision claims are approaching “a new era” of data collection, intensifying the debate between the insurance industry and vehicle manufacturers over who owns the data.

Thanks to the advent of connected vehicles, data generated in these cars provide valuable information to insurance companies that must handle a claim – including speed, traffic conditions, and passenger info. But automakers have so far remained steadfast in keeping that data to themselves.

That’s partly because having the data available to only them allows automakers to dictate where a vehicle can be repaired. For example, a location at which the manufacturer chooses to share the data and the tools to make those repairs.

The insurance industry could be faced with the prospect of higher repair bills if the manufacturer chooses where the repair is made, because an insurer may not have the option to send the vehicle to a preferred collision repair vendor. While this is a worst-case scenario, it’s not outside the realm of possibility. Discussions are ongoing between governments, automakers and advocacy groups to determine how to move forward.

For groups like Insurance Bureau of Canada, there is really only one preferred solution. “We really believe it should really be up to the person to choose where they want to get their vehicle repaired,” said Ryan Stein, executive director of auto insurance policy and innovation at IBC. “A repair shop should be able to do the repair, and not be unable to do all of it or part of it because there’s certain information to which it just can’t get access.”

There’s no reason to raise alarm bells just yet, Stein told Canadian Underwriter. But time is ticking on figuring something out. “I wouldn’t yet say that there’s a concern, but we’re entering a new era in which connected and automated vehicles and the data they have will be more relevant for claims purposes than it has been in the past.”

The automotive aftermarket has been through this type of thing before. Ten years ago, the Canadian Automotive Service Information Standard was put together – a voluntary agreement in which automakers would share repair and service information with the independent aftermarket in the same manner it would its dealers. That means a consumer could have their vehicle repaired at a shop of their choosing. It became known as ‘right to repair.’

That deal was made before connected cars came along, however. Data is deemed as much more valuable, but there’s reason for Stein’s optimism.

“You can pin it as OE [i.e. Original Equipment Manufacturers] versus the insurer, or vice versa, but really they’re two businesses that have the same customer,” Stein said. “There is a lot that they have in common … I think there is an interest in making sure that the insurer and the OE have a good relationship,” he said. “In the event of a claim where that customer is in a very vulnerable situation, there is a huge incentive for both parties to make sure the information in the car is made available so that you can figure out what happened and move on.”

The Automotive Industries Association of Canada, which represents repair and collision centres, has been at the centre of the ongoing right to repair debate. They recognize that data is important to the insurance industry as well and are happy to have IBC alongside.

“We always rally under the theme that it’s your car, your data, and it’s your choice how and where you want to share your information,” said Jean-Francois Champagne, Ottawa-based president of the association. “The capacity to use these technologies for consumers … to properly provide policies and coverages for customers and for repairers to repair cars, all of these things require a level of ownership and control of the data by car owners.”