Another insurer to withdraw coverage from oil sands

“AXIS will not provide new insurance or facultative reinsurance for the construction of new thermal coal plants or mines and their dedicated infrastructure or oil sands extraction and pipeline projects and their dedicated infrastructure; or to companies that generate 30% or more of their revenues from thermal coal mining, generate 30% or more of their power from thermal coal, or hold more than 20% of their reserves in oil sands,” the insurer said. “Renewals will be considered on a case-by-case basis until Jan. 1, 2023. Exceptions to this policy may be considered on a limited basis until Jan. 1, 2025 in countries where sufficient access to alternative energy sources is not available.” 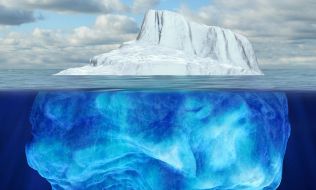 The announcement comes less than a week after Canadian Underwriter obtained a memo that purports to be a “CrossLine Alert,” issued for internal users only, from Munich Re. In that memo – which Munich Re has neither confirmed nor denied to be authentic – the insurer says facultative reinsurance covers and primary insurance business, including renewals, will no longer be signed for the planning, financing, construction of new oil sand sites.

The insurance industry has been warning for years about the consequences of global warming attributable to man-made greenhouse gas emissions.

“We believe insurers have an important role to play in mitigating climate risk and transitioning to a low-carbon economy,” Axis Capital CEO Albert Benmichol stated Wednesday in a release.

Scientists expect certain types of extreme weather events to become more extreme in the future. If the atmosphere gets warmer, it can hold more moisture, explained Michael Mann, an atmospheric science professor at The Pennsylvania State University, in an earlier interview with Canadian Underwriter.

Climate scientists use models and run them both with and without the factor of increasing concentration of greenhouse gases in the atmosphere, Mann said this past summer, shortly after delivering the convocation speech at the faculty of science at McMaster University in Hamilton.