Changing climate patterns are putting additional strain on both power generation and transmission, and presenting another risk factor for natural disaster mitigation and recovery in North America’s Pacific Northwest region, suggests a new study from Swiss Re and the Johns Hopkins University School of Advanced International Studies. 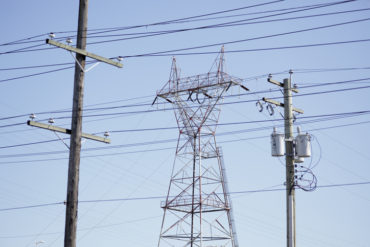 The report, titled Lights out: The risks of climate and natural disaster related disruption to the electrical grid, explores how extreme weather and other nat cats are evolving in the Pacific Northwest, including implications for reliability of the system and potential economic disruption. The region is prone not only to high-frequency, low-intensity natural disasters such as droughts and flooding, but also at risk of catastrophes like the Cascadian Subduction Zone event, an “earthquake-tsunami combination that is expected to devastate the coastline from northern California to southern British Columbia,” the report explained.

Overall, climate change is causing more severe and frequent natural disasters, meaning power systems face increased strain from catastrophes. The interdependence of systems creates further complications; for example, if the electric grid is down for an extended period, collateral effects can lead to disruptions in other services such as water, sewage and telecoms. As well, the economic implications are challenging governments and energy providers: not only do they require pre-disaster financing provided by insurance, they must address how to make their systems more resilient to future flooding, droughts and earthquakes.

“Given these real and evolving risks, state governments and local communities need to continue to raise awareness of natural disaster risks and climate change,” the report suggested. “They should also continue to explore ways to leverage limited public resources through innovative partnerships with the private sector. Ultimately, governments in the Pacific Northwest have become regional and national leaders in the development of risk mitigation and resilience strategies to build a more resilient energy future for the communities they serve.”

The report noted that according to the North American Electric Reliability Corporation, of 2,428 total unplanned electric grid outages in the western states in 2015, nearly one-quarter were caused by extreme weather events and variability in environment. Furthermore, the U.S. insurance industry has identified a US$20-55 billion annual financial loss from power outages caused by flooding, hurricanes and extreme temperatures.

In addition to electric grid challenges, the study also examined case studies in Hawaii, Oregon and British Columbia. “Climate change is expected to deliver even more rain to the [British Columbia] region, resulting in an earlier and longer spring runoff, increasing the amount of electricity BC Hydro can generate,” the report said.

The report further noted that unlike the Federal Emergency Management Agency, Public Safety Canada is not as well capitalized, and therefore unable to provide as much financial assistance to communities devastated by natural disasters. “Post-disaster financial recovery in Canada is further complicated by the large discrepancy between the Canadian insurance industry’s capacity to pay out insurance claims and the expected value of the damage from a potential catastrophe, which the Canadian federal government does not cover,” the report said.

In addition to financial gaps, Canada also faces infrastructure challenges to its electric grid. For example, building codes in Vancouver apply seismic standards solely to buildings that have three or more storeys. “As a result, buildings under that height limit are not required to retrofit and are vulnerable to being damaged by even a moderate seismic event, which is notable considering Canada would also be affected by a Cascadia Subduction Zone event,” the report suggested. “Under these circumstances, Canada’s provinces are pursuing alternative strategies to mitigating local risk and shared risks.”

In March 2016, Prime Minister Justin Trudeau and then-U.S. President Barack Obama issued the U.S.-Canada Joint Statement on Climate, Energy, and Arctic Leadership, which involved a pledge between the two countries to “develop strategies to strengthen the security and resilience of the North America electricity grid, and to work together to fight against climate change impacts,” the report said. The U.S. Army Corps of Engineers and Bonneville Power Administration have also called for a “modernized” treaty that responds to current issues with flood control, coordinated power operations, ecosystem needs and the calculation and sharing of benefits.