July hottest month on record for the globe: NOAA

July 2016 was the hottest month on record for the globe, breaking last year’s record for the warmest July on record by 0.11 degrees Fahrenheit, the National Oceanic and Atmospheric Administration (NOAA) reported on Wednesday. 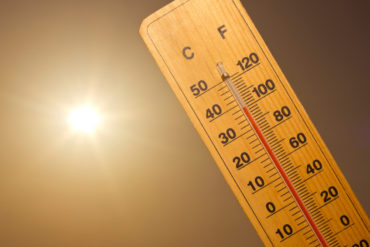 Last month was 1.57 degrees F above the 20th century average, according to scientists from NOAA’s National Centers for Environmental Information. This was the 15th month in a row to break a monthly heat record, surpassing July 2015 as the warmest month ever on record, NOAA said in a press release. Records date back 137 years to 1880.

For the year to date, the average global temperature was 1.85 degrees F above the 20th-century average, NOAA said. This was the highest temperature for this period, breaking the previous record set in 2015 by 0.34 degrees F.

Some more notable findings around the world include: