Concerns about climate change from human-produced greenhouse gas emissions may have prompted the world’s largest property and casualty reinsurer to stop writing some business for oil sands sites, according to an unverified document obtained by Canadian Underwriter.

Facultative reinsurance covers and primary insurance business, including renewals, may not be signed for the planning, financing, construction of new oil sand sites, states a document purported to be a CrossLine Alert issued for internal users only at Munich Re. 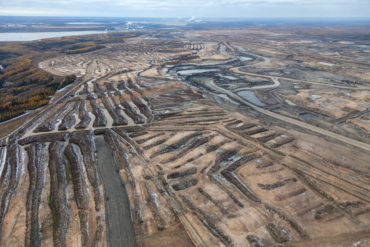 The alert pertains to oil sands sites and their infrastructure, but not to the oil produced at those sites.

There are several exceptions and caveats, according to the document. For example, if renewal negotiations have already started, the alert does not apply if the duration will not be longer than one year and provided that Munich Re has already committed itself to provide coverage.

In addition to new oil sands sites, the alert says Munich Re will not write facultative reinsurance covers or primary insurance business (either direct or via fronting) for the planning, (re)financing, upgrade, reconstruction etc. of existing oil sand sites, nor will it provide coverage for the operation of new and existing oil sand sites.

It defines oil sands site as one where oil sands are exploited in open pit mining or steam-assisted, or at a site where oil is extracted from the oil sands.

“Munich Re supports the ambitious climate protection goal of the Paris agreement through group-wide measures in reinsurance, primary insurance, and capital investment. Of course, we are also looking into the topic of oil sands in this context, and we will communicate news in due course,” a Munich Re spokesperson told Canadian Underwriter Friday.

The document obtained by Canadian Underwriter indicates that Munich Re supports the goal of limiting worldwide temperature increase by, among other measures, “no longer providing reinsurance and insurance for development of new oil sands sites, operations coverages for existing sites, or construction/operations covers for oil sands infrastructure such as pipelines.”

Munich Re had US$23.4 billion in non-life gross premiums written in 2018, A.M. Best Company Inc. reported on its recent list of the top 50 reinsurance groups in the world. Swiss Re placed second in non-life with $20.8 billion followed by Hannover Re with $13.7 billion.