“We’re seeing some commercial brokerages put increasing emphasis on [non-traditional approaches] and getting more digital-savvy and plugging into different ecosystems than they traditionally would to hire talent,” said Mukul Ahuja, partner and financial services & insurance leader at Omnia AI, Deloitte Canada’s artificial intelligence practice. “So, less relying on friend and family networks and specific programs they would typically go after, or carrier partners they work with.” 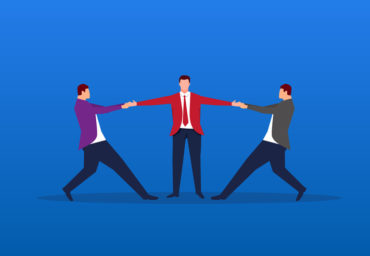 Instead, they are trying to expand their capabilities, “and ensure they have capabilities and talent programs in place that help provide a pathway for producers and what that means for their careers,” Ahuja said during the panel discussion, State of the Industry: What’s Driving the Commercial Insurance Market? “So, there is some deliberate efforts or indications of those efforts coming into play, [but] certainly not enough, because one of the key findings from this research report… is this is one of the critical external pressures that the industry faces.”

Ahuja was referring to Deloitte’s commercial insurance market insights report, which surveyed IBC’s broker and carrier contacts (small and large). Speakers discussed the report and were responding to an audience question about what the industry is doing in the commercial space instead of poaching during the “war for talent.”

Of both the brokers and carriers surveyed, “talent quality & availability” was identified as the top external pressure facing them. Second was technology for both, with product pricing (pressure around capacity constraints, pricing competition and the hardening market) and climate change taking the third spot for brokers and carriers, respectively.

“The talent pressure continues to take hold in this particular space and everything else from that perspective is secondary or tertiary in the minds of commercial brokers,” Ahuja added. “That is the number one external pressure that they’re dealing with, and how do we train the producers of the future, the relationship managers, the service providers of the future in this complex area.”

From a carrier perspective, Ahuja said insurers are relying on “increased emphasis and investment in areas like innovation, digital, advanced analytics and big data… to try and attract and drive talent into those businesses and showcase the interesting and dynamic side of the industry much more so than ever before.” This could involve heading up labs, collaborating with incubators or working with insurtechs. “Those are some of the levers that organizations are pulling on to try and understand the true dynamics of the industry and the exciting opportunities ahead.”

In the claims and underwriting space, there are questions of how to bring in young talent and transfer in the underwriting expertise from older underwriters, added panelist Greg Bubela, Deloitte’s manager of strategy and operations consulting.

“I know a lot of companies are worried about succession planning, especially on the carrier side,” Bubela said. “Obviously with the implementation of new technologies and being able to automate some of these underwriting rules, being able to put a lot of that knowledge into the system, you’re actually seeing the onboarding process for young talent being much quicker. And so the talent gap is eventually going to close as we start to be able to automate and bring technology in a bit more.”

For example, in Alberta, the province is coming out of a commodity recession and “it’s not rosy,” Iacobacci said. “If you’re in Quebec, you’ve had the tightest labour market you’ve had in over 40 years. Certainly, I think most people alive today don’t recall anything like it. And you have a shortage of unskilled labour let alone skilled labour.”

What this should be doing is providing incentives for companies to invest in “labour-reducing technologies” because there’s a return to do so, he said. But Deloitte is not seeing this because in order to make investments, there has to be confidence in returns over a period in time “and maybe there isn’t that confidence,” Iacobacci suggested. “But that’s certainly the direction it’s pushing in. For firms that are maybe facing these constraints, this war for talent, you would expect they would be looking at some of those sources of mitigation.”