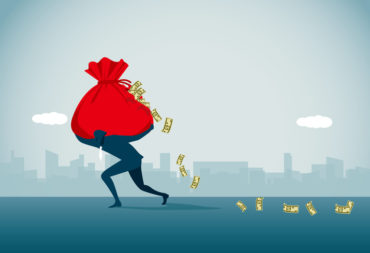 The court concluded that crime coverage is “core” to a commercial insurance policy — even if insurers treat it as a “throw-in” coverage — and so brokers who fail to discuss crime coverage with their clients could be found in breach of their duty to advise their clients.

As a result, Duraguard’s insurance covered only $5,000 for a claim in which an employee siphoned away $589,000 from the company over five or six years. The employee, who was later convicted and sentenced to jail for three years, stole the funds by using the Moneris electronic payment system to refund payments to a series of credit cards that she either held or controlled. She would later retrieve the funds from the credit cards by ATM withdrawal.

Duraguard’s policy limit for crime coverage was reduced to $5,000 after Farnell had switched placement of the client’s commercial coverage from Aviva Canada to Peace Hills Insurance. Under Aviva’s policy, the limit of crime coverage was $10,000.

The court found that Farnell did not advise his client about the changed limits on crime coverage until three months after the new policy had already taken effect. Furthermore, the court ruled, “Mr. Farnell breached his duty of care to Duraguard by…failing to determine whether the $5,000 limit was an aggregate or per occurrence amount prior to placing it, and failing to investigate other options for Duraguard for crime coverage.”

Whether the policy limit was an aggregate or per occurrence amount was pivotal in Duraguard.

As it turns out, the employee was convicted and ordered to pay restitution of $250,000. Peace Hills paid $5,000 for the claim, treating all stolen amounts over five to six years as a single “occurrence” under the policy. Duraguard sued the broker and the brokerage to recover the difference between the amount of crime insurance coverage that should have been in place for Duraguard, given the company’s size (the court set this amount at $250,000), and the final $5,000 insurance payment.

In his written ruling, Alberta Court of Queen’s Bench Justice Douglas Mah noted that neither the client nor the broker had thought to discuss crime limits in the policy in advance.

Farnell contended in court that he had advised his client, who was trusting, to read the insurance policy documents that he had submitted, which did show that the policy limit for crime coverage was $5,000. He also said it was unforeseeable, both to him and his client, that such a large amount of money could be stolen from the fence company.

However, citing Duraguard’s commercial lines application, the judge observed, “there is a notation in Mr. Farnell’s own handwriting that Duraguard had a post pounder worth $7,297.43 stolen from its yard on Nov. 22, 2000. He therefore knew that a previous loss already exceeded the limits for the crime coverage that he had placed. Further, if he had asked the question about previous employee dishonesty, he would have been told by [Duraguard sole principal Jay] Champigny that an employee had forged two cheques totaling $8,000, again exceeding the limit [Farnell] had put in place.”

The court went on to note that “as an experienced broker, [Farnell] should have known that slavish reliance on a preset package with a $5,000 crime limit was inappropriate, given the loss history.”

Some of Justice Mah’s decision serves as a general cautionary note to brokers: don’t be lulled into a false sense of security by “throw-in” crime coverage in an insurance policy.

“I find the characterization of the crime coverages in preset packages as a ‘throw-in’…is apt and telling in this case,” Mah wrote. “To me, that is exactly how Mr. Farnell treated the crime coverage, as an ‘extra,’ an ornament, something not really worthy of attention or analysis.”

Mah agreed with an expert witness that crime coverage is “core” to a commercial policy. “The fact that some insurance companies at the time treated crime coverage as a ‘throw-in’ does not detract from its importance for a business of any size, nor does it dictate that the insurance broker should similarly treat it, in cavalier manner, as a ‘throw-in,’” the judge wrote. “The broker works for the insured and is therefore in a different position with the insured than the insurer.”

Mah went on to write: “The idea of a ‘throw-in’ with no room to discuss a customer’s particular sensitivities or vulnerabilities, as occurred in this case, is antithetical to the notion of customization, [which is] central to the insurance broker’s role.”