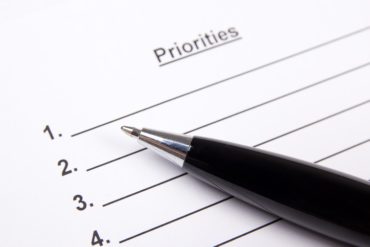 And working with Canadian insurance regulators will be key to responding to these issues quickly and effectively, she added.

Canadian Underwriter recently talked to Northbridge CEO and president Silvy Wright, who recently became chairwoman of the IBC board, about the trade association’s priorities under her direction in 2019-20. Specifically, we asked Wright, who has a strong background in commercial lines, if Canadian business insurers faced any unique challenges in the year ahead.

“Many issues that impact personal lines impact commercial lines,” Wright observed in a phone interview last week. “The auto situation is very challenging across the country, and that product is regulated. The auto product is the same for consumers as it is in businesses, and any improvement to the system, the product, and to rate regulation will impact both lines.”

Similarly, climate change affects commercial insurers just as it does personal lines insurers, she said. “On climate change, some of the property losses impacting commercial lines are due to catastrophic events…

“I would think that both businesses and consumers would benefit from improvements advocated by the industry on these two files – auto and climate change.”

Statistics from Canada’s solvency regulator, the Office of the Superintendent of Financial Institutions (OSFI), show that the trend in commercial property lines is particularly alarming.

In commercial property lines, Canadian and foreign insurers regulated by OSFI reported net premiums earned of $1.53 billion in 2019 Q1, and net claims incurred as $1.16 billion, resulting in an overall claims ratio of 75.88%. That’s a significant jump up from the 68.9% claims ratio during the first quarter of 2018.

In commercial auto, the claims ratio actually went down a point to open the year (67.7% in 2019 Q1, versus 68.76% during the same time last year). However, that claims ratio is nothing to write home about. Out of the $702.8 million in net premiums the industry collected during 2019 Q1, $476.4 million was paid in claims. Although that’s down from the $560.4 million that the industry incurred in claims during the first quarter of last year, the industry took in about $100 million less in net premium as well.

And so how will IBC be helping to reverse the fortunes of commercial auto and property insurers?

Regulation is key to the solution, as Wright notes. “One key thing that I am very passionate about is that industry regulators need to be responsive and agile in [recognizing] the changing consumer expectations, the evolving business models, and the emerging risks.”

Wright believes regulators will need to be alive to many things on a commercial insurer’s radar screen, including ride-sharing services, autonomous vehicles, and innovative technology. And the industry is more than happy to work with regulators on the emerging issue of cyber risk.

“An issue like cyber requires the ongoing influencing of public policy to ensure Canadian businesses are protected,” Wright said. “This risk continues to escalate.”

“Businesses need policies to ensure they are protected if something bad happens to their businesses,” Wright said, but it’s more than just about writing insurance policies. “The industry should be working with businesses to prevent the risk of creating that damage. Risk mitigation is as important as being there to pick up the damage when it occurs.”

While commercial lines do have issues in common with personal lines insurers, they also have their own issues to manage. “There are some unique things that we need to bring to the forefront,” Wright said. “One of the things IBC is doing this year is to have our first commercial lines symposium. This will bring together industry representatives to discuss these issues.”

The inaugural commercial insurers symposium will be held on Nov. 28.