When a store on the main floor of a condo building suffered $25,000 in losses from a flood, the strata corporation was on the hook for the $5,000 deductible.

The strata corporation tried to recover the $5,000 deductible from a plumbing firm, but the plumbing firm is not responsible, the British Columbia Civil Resolution Tribunal ruled in The Owners, Strata Plan VIS6012 v. G. Williams Plumbing & Heating Services Ltd., a decision released Nov. 15. 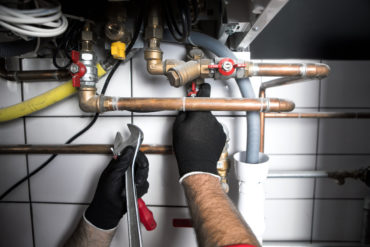 “The plumber shut off what he thought was the water system in the building and tried to drain the system of water,” wrote B.C. CRT member Darrell Le Houillier. “When the plumber cut into the pipe, an estimated 60 to 75 gallons of water spilled out and caused damage.”

The strata corporation said the pipe “likely had been part of the system that had been shut off.”

But the plumbing firm said the pipe was separate from the main water system for the building, did not have a shut-off valve, was “not a typical plumbing setup” and the strata owners “did not inform the plumber” about the setup.

Le Houillier noted that the pipe was repaired a few months after the flood and the plumbing company’s invoice lists two shut-off valves had been provided. This suggests that the leaking pipe probably did not have a functioning shutoff valve the day the flood occurred.

The plumber “took reasonable care to ensure that he did not cause a larger water leak while repairing the damaged pipe,” Le Houillier wrote. The plumber “communicated with” the strata corporation “to ensure the water system in the building was shut off and was not made aware that there was a separate system.”

The standard of care for the plumber is “not perfection,” added Le Houillier.

The strata had insurance, which covered some of the water damage.

The insurer “attempted to recover the deductible” from the plumbing firm “but abandoned the effort,” he wrote.

So the strata corporation had to pay the $5,000 deductible out of pocket.

The store suffered in excess of $25,000 in damages, including lost revenues resulting from closure of the store.