With severe weather expected to get worse in the years ahead, introducing small changes into building codes is critical, the Institute for Catastrophic Loss Reduction’s (ICLR) managing director told Canadian Underwriter on Wednesday. 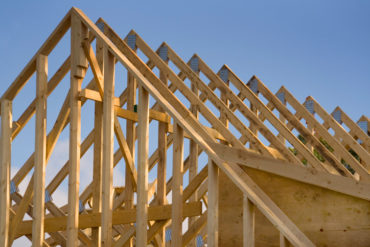 “We are not talking about totally revamping codes or making huge, expensive, wholesale changes,” Glenn McGillivray said. “Often times, changes can be as small as making nailing patterns in roof sheathing denser or using slightly longer nails, as ICLR research has shown.”

Other “simple” changes can include making backwater valves mandatory in all new homes, requiring back-up power for sump pump systems and requiring hurricane straps to better fasten roof joists to walls. “ICLR has done the leg work, we have the science that shows that these types of features work to reduce losses and prevent personal injury and death at very little cost,” McGillivray said, adding that these features can be “quite inexpensive and non-intrusive” when installed during initial construction as opposed to being retrofitted after the fact.

McGillivray said that NRC is seeing to secure the services of a consultant to determine what kind of weather to expect in the coming years. “We can no longer use past weather trends to building something that will be around for 50, 75 or 100 years or more,” McGillivray told Canadian Underwriter. “We support this NRC initiative and are excited to participate in the process of including climate change adaptation/resiliency features in the Canadian National Building Code for the first time ever.”

The Canadian Press reported earlier this week that a Nov. 6 tender issued by the council said that “Canada’s buildings and public infrastructure systems… are designed based on historic data assuming a stationary climate, and were not designed to accommodate certain extreme weather events being attributed to climate change.”

The tender closes Dec. 11 and the NRC expects work to begin on the project in January. The new data will be then used for a 2020 update to the national building code and the national highways building code, which are not laws but serve as models for provinces and municipalities.