A construction subcontractor that was not fully paid and whose claim on a surety bond was denied had its case heard Tuesday before the Supreme Court of Canada. 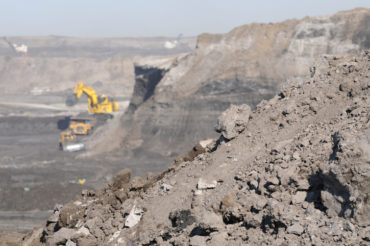 Langford’s contract with Bird required Langford to obtain a bond. Langford’s surety was the Guarantee Company of North America, which in 2008 issued a $659,671 surety bond with Langford as principal and Bird as obligee.

Bird had been sued by Valard, which claims that Bird “had a fiduciary duty” to inform Valard of the existence of the bond.

Valard had not been paid in full by Langford and tried to make a claim on Langford’s surety bond. In 2010, Valard obtained a default judgement of $660,000.17 against Langford. The Guarantee denied Valard’s claim because it had not provided timely notice.

In a ruling released Feb. 27, 2016, Justice Gerald Verville of the Alberta Court of Queen’s Bench ruled that Bird was not obliged to provide notice to Valard of the existence of the bond, which “expressly states that the obligee is not obliged to do or take any act, action or proceeding against the surety on behalf of any of the claimants to enforce the provisions of the bond.”

The bond does provide that “claimants may use the name of the obligee to sue on and enforce the provisions of the bond.”

Justice Verville’s ruling in favour of Bird Construction was upheld in 2016 in a divided ruling. Valard appealed to the Supreme Court of Canada, which heard the case Nov. 7, 2017.

“On April 19, 2010, Valard made an inquiry of Bird as to whether there was a Bond,” Justice Verville wrote in 2015. “Bird responded in the affirmative and provided contact information for GCNA. Valard submitted its claim to GCNA on April 19, 2010, which claim was denied on June 14, 2010.”

Valard commenced an action against The Guarantee in 2010 but filed for discontinuance in 2013.

The Alberta Court of Appeal ruling in favour of Bird “requires a finding that the legislature determined that trustees under labour and material payment bonds (which are usually the owner or the general contractor) should be free of any obligation to try to notify those below them of the existence of the Bond except on Public Works projects,” Valard wrote in its factum to the Supreme Court of Canada. “This is a fallacy. The legislature’s decision to provide lien claimants with rights to information and to mandate posting of bonds on government projects in no way shows a ‘legislative intent’ to free owners and general contractors from duties that arise from the law of trusts.”

Two of the three Alberta appeal court judges ruled that Valard “had the means,” under the Alberta Builders’ Lien Act, to “legally compel” Bird to provide information about a bond.

Valard “remained ignorant of the existence of its entitlement to claim under this specific labour and material payment bond” because it “elected not to make inquiries, all the while knowing that such inquiries would definitively confirm or refute the existence of a bond,” Justice Frederica Schutz of the Alberta Court of Appeal wrote on behalf of herself and Justice Patricia Rowbotham, in their 2016 ruling.

“As a general rule, if a beneficiary or a potential beneficiary would derive a benefit from knowing that a trust exists and the criteria identifying a beneficiary, a trustee must undertake reasonable measures to make available to a sufficiently large segment of the class of beneficiaries or potential beneficiaries information about the trust’s existence and the criteria identifying a beneficiary,” Justice Wakeling wrote, adding “the costs of a communications strategy designed to bring the bond’s existence to the attention of all undertakings that did business with Langford Electric was relatively low.”

Bird argued that the surety bond “has certain unique characteristics which distinguish it from a business or reliance based fiduciary trust.”