Despite a “relatively benign” year in Canada for catastrophes in 2017, the industry-wide combined ratio in Canada was still fairly high at 96.8% during the first nine months of last year, with auto results partly to blame, MSA Research reported in its 2017 Q3 quarterly outlook. 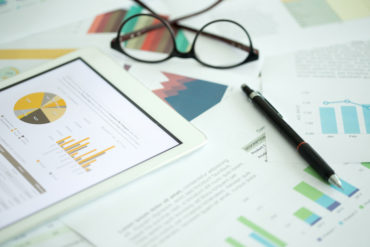 MSA reported the combined ratio was 104% in the first nine months of 2016. During that time, wildfires in Alberta resulted in the evacuation of Fort McMurray and Canada’s most expensive natural disaster to date, at nearly $4 billion in insured losses.

With no major catastrophes such as Fort McMurray happening in 2017, the loss ratio in the Canadian industry improved 7.3% — from 72.6% in the first nine months of 2016 to 65.3% during the same period last year. (MSA’s figures exclude the province-owned auto insurers in British Columbia, Saskatchewan and Manitoba as well as most insurers regulated by Quebec’s Autorité des marchés financiers.)

“Improvement was mooted due to elevated losses in auto lines in many parts of the country,” MSA president and CEO Joel Baker wrote, noting the loss ratios in auto were 82.7% in Alberta and 72.7% in Ontario.

In Ontario auto, regulatory changes that took effect for accidents occurring since June, 2016 “have not fully been reflected yet” in Intact Financial Corp.’s results as of June 30, 2017, said Patrick Barbeau, senior vice president of claims at Intact, during a conference call in August, 2017.

Industry-wide investment income in the Canadian P&C sector dropped from $2.27 billion in the first nine months of 2016 to $2.23 billion during the same period of 2017.

One positive sign for the industry is premium growth. In January 2018, MSA reported that net premiums written in the Canadian industry were $34.8 billion during the first nine months of 2017, up 3.2% from $37.6 billion in the same period in 2016.