Where Canadian drivers pay the most (and least) for auto insurance

When it comes to auto insurance premiums in Canada, drivers in British Columbia pay the most, followed by Ontario, data supplied by Insurance Bureau of Canada (IBC) revealed Wednesday. 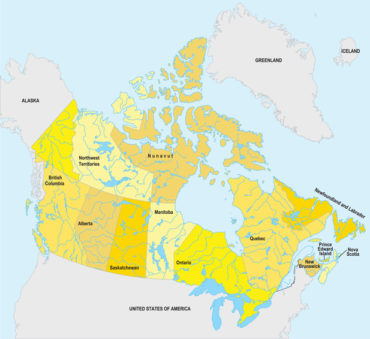 On the other end of the scale, Quebec paid the lowest at $661 per year in premiums, followed by Prince Edward Island ($796 on average in 2017). In Quebec, the public insurance plan pays compensation for injuries arising from auto collisions, whereas private insurers cover physical damage to automobiles.

“ICBC remains by far the most expensive provider of auto insurance in the country,” Aaron Sutherland, IBC’s vice president of the Pacific region, told Canadian Underwriter in an interview. “ICBC is projecting very significant rate increases over the coming years to get back to balancing their books.”

Sutherland pointed out that the public auto insurer lost $1.3 billion last year. “So, we’re bracing for significant increases on the auto insurance side.”

Sutherland noted that while ICBC is taking measures to improve its fiscal performance, “one thing missing that could improve affordability and actually start talking about reducing premiums for drivers is introducing competition in the marketplace.”

Chuck Byrne, executive director of the Insurance Brokers Association of B.C. (IBABC), told Canadian Underwriter earlier that while ICBC may have its challenges, brokers in B.C. have not been calling for an end to the public insurer’s monopoly over basic auto insurance coverage. He noted the premiums in private auto jurisdictions such as Ontario have challenges of their own.

GISA statistics show that drivers in two provinces with private auto systems, Ontario and Alberta, are paying high auto premiums. Traci Boland, chairwoman of the Insurance Brokers Association of Ontario, told Canadian Underwriter in May that if auto insurance in the province remains unsustainable, companies may start to leave the market.

In 2017, drivers in each of the provinces listed below paid the following premiums:

Sutherland said in the IBC release that opening B.C.’s auto insurance marketplace to competition would save drivers up to $325 annually.

An MNP report commissioned by IBC and released in January 2018, found that “Canada’s private insurers have developed product innovations and new ways to cut claims costs that could lower premiums for B.C. drivers.”