Canada’s property and casualty insurance industry reported a much sunnier financial picture in 2021 Q1 than it did during the same time last year, according to a recent quarterly report by the Property and Casualty Insurance Compensation Corporation (PACICC).

Financial results of insurers from the first quarter of this year were “much better” compared to the same period in 2020, reported Olga Kanj and Grant Kelly in PACICC’s June 2021 edition of Solvency Matters.

“This is not surprising as Q1 2020 was a particularly challenging time during which Canada experienced an oil shock, huge volatility in the stock markets, as well as the beginnings of the COVID-19 pandemic,” they wrote. “In fact, just one year ago, PACICC wrote about significantly increasing solvency risk, as only 56% of insurers reported profitability, which was the industry’s lowest level of profitability since 2001.”

What a difference a year makes.

In 2021 Q1, just over 87% of insurers reported profits, according to data from MSA Research, cited by PACICC. “This is a healthier number and is the most widespread profitability seen in the P&C insurance industry since 2007,” Kanj and Kelly report.

Overall, the industry’s net loss ratio during the first quarter of 2021 took a dramatic drop down to 50.2%, compared to 72% at the beginning of last year. 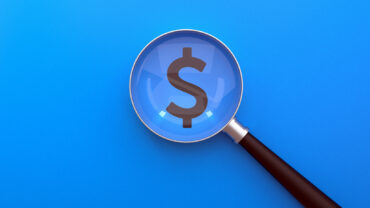 “The first quarter figures represent a rebound from all the negativity that surrounded the industry a year ago — claims incurred are lower in all lines of coverage and investments have rebounded,” Kanj and Kelly write.

The P&C industry reported a net investment income of $789 million in this year’s first quarter, as opposed to a loss of $27 million over the same period last year.

Of the industry’s buoyant MCT score in 2021, Kanj and Kelly commented: “The increasing capital base of Canada’s P&C insurers means that our industry is well positioned to play an important role in helping to facilitate Canada’s economic rebound during the second half of 2021.”

All of that said, and as noted by other industry commentators, the results do show an uneven spread of results among individual insurers. As Kanj and Kelly observe, not all insurers were able to capitalize on the recent buoyancy of the Canadian P&C industry. Yes, 87.5% of insurers were profitable, but there is a flip side to that.

“It should be noted that this also means that 12.5% of insurers still reported losses,” Kanj and Kelly wrote. “The fact that so many insurers continued to report losses in such favourable market conditions will require further analysis by PACICC.”