Chubb Limited has reported a property and casualty combined ratio of 86% for the third quarter of 2016 ending Sept. 30, virtually unchanged from 85.9% in the prior-year quarter. 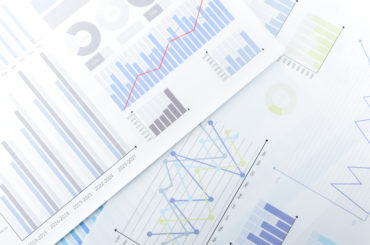 Chubb noted in the statement that the purchase of additional merger-related reinsurance adversely impacted P&C net premiums written growth by US$260 million, of which US$200 million was related to personal lines and US$60 million related primarily to commercial P&C lines. 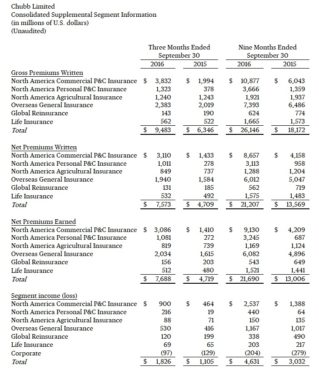 Evan G. Greenberg, chairman and chief executive officer of Chubb Limited, said in the statement that the insurer “had an excellent quarter with record operating earnings per share and exceptionally strong underwriting results. Our after-tax operating income of $2.88 per share, up 5% over prior year, indicates the accretive nature of our merger, which is going well and is on track. The P&C combined ratio of 86% was simply world-class.”

Greenberg added that previously contemplated merger-related underwriting actions taken on select portfolios of business, particularly a greater use of reinsurance, reduced P&C net premium growth in the quarter by about 4.5 points, while improving the company’s risk-reward profile.