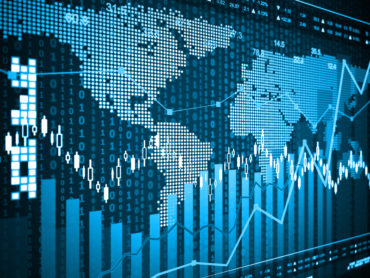 The report, Global Multiline Insurers’ Diversification Remains A Key Strength Amid Prolonged Low Interest Rates, was released on Thursday. “GMIs’ capital positions and operating performance held up well on average last year,” said S&P Global Ratings analyst Volker Kudszus in a statement. “And, given our stable outlooks on nine of the 13 players we rate, we expect our ratings on GMIs will generally remain more resilient than on our universe of insurance ratings, where negative outlooks slightly outweigh positives.”

Kudszus added that S&P Global Ratings continues to see GMIs’ geographic and product diversification as key ratings strengths. “This will help them cope with challenges – such as lower-for-longer interest rates, the looming risk of the [United Kingdom] exiting the [European Union], and increased regulatory scrutiny – better than less diversified insurers, in our view,” the statement said.

“Overall, global diversification is a double-edged sword, though,” said Kudszus. “While no single external challenge is likely to trigger downgrades of GMIs currently, most have at least some exposure to many kinds of challenges.” Over the long term, the release added, there is some room for both potential credit upsides and downsides, depending on how regulations and economic challenges impact GMIs’ competitive positions and risk profiles.

On Thursday, S&P Global Ratings released another report, titled Fort McMurray Wildfire May Prove Costliest Ever for Canadian Property And Casualty Insurers, echoing the findings of an A.M. Best Company briefing last week. “Our initial view is that the impact should not be material,” said S&P Global Ratings analyst Hardeep Manku in a press release, noting that most of the insurers exposed to this event are nationally diversified companies, some of which are part of large multinational groups. “We believe primary insurers generally have sufficient available reinsurance coverage, adequate capital adequacy, and enough group-level support (for certain subsidiaries) to absorb the losses,” added Manku.

However, insurers with a smaller premium base and more concentrated or outsize exposure to Alberta could face some strain and their ratings may come under pressure, the release said.