Insurance claims & expenses up 15% for TD

The wildfire in May that resulted in the evacuation of Fort McMurray Alberta is one factor in the 15% year-over-year increase in insurance claims and related expenses for the Toronto Dominion Bank.

Insurance claims and related expenses were $692 million for the most recent quarter, up 15% from $600 million in the same period in 2015. That increase reflected “the net impact of the Fort McMurray wildfire as well as other weather-related claims, and changes in the fair value of investments supporting claims liability, partially offset by more favourable prior years’ claims development,” TD stated. 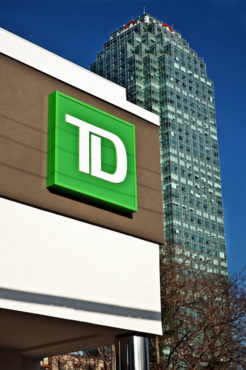 TD’s fiscal year end is Oct. 31. For the nine months ending July 31, insurance claims and related expenses were $1.877 billion, up 1% from $1.863 billion during the same period last year.

Insurance Bureau of Canada reported in July that the Fort McMurray wildfire was the most expensive natural catastrophe in Canadian history, when measured by insured losses. At the time, Catastrophe Indices and Quantification Inc. reported property insurance losses of $3.58 billion. More recently, Verisk Analytics Inc.’s Property Claims Services released its estimate, at $4.67 billion.

PCS reported the average claim from the Alberta wildfire was $120,159.

Since July, TD has been the only Big 5 Canadian bank writing home and auto insurance. The Royal Bank of Canada completed in July the $582-million sale of RBC General Insurance to Aviva Canada Inc.

TD ranked fourth, by net premiums written, in 2015, according to Canadian Underwriter’s Statistical Issue. That was a list of how private companies rank. Ranking first, second and third were Intact, Aviva and Lloyd’s Underwriters.

The Bank of Nova Scotia and the Canadian Imperial Bank of Commerce sell home and auto insurance written by subsidiaries of Desjardins Group. The Bank of Montreal does not provide either home or auto insurance.