Intact Financial Corp.’s personal auto results were “disappointing” during the three months ending Sept. 30, chief executive officer Charles Brindamour said Tuesday in press release, but the Toronto-based insurer reported that across all lines, underwriting income more than doubled from $61 million in Q3 2016 to $170 million in the latest quarter. 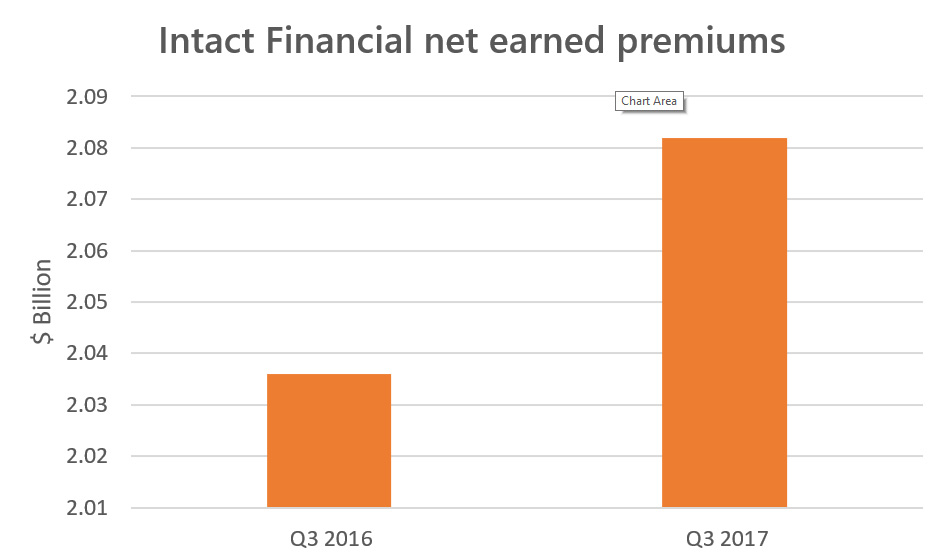 “Our personal auto results were disappointing,” Brindamour said. “We took a more cautious reserve position following detailed file-by-file and actuarial reviews and we are increasing our actions to address higher than expected physical damage inflation. Our discipline in this line should bring the combined ratio to a mid-90’s level in the coming year.”

This included the “impact of accounting and reserving harmonization” under International Financial Reporting Standards (IFRS) following the closing Sept. 28 of the acquisition of OneBeacon Insurance Group Ltd., Intact said Tuesday. This, Intact said, “led to a reduction in claims liabilities to reflect increased diversification.” Most of that benefit, Intact added, “was offset by increases in claims liabilities from a more cautious approach mainly in auto lines.” 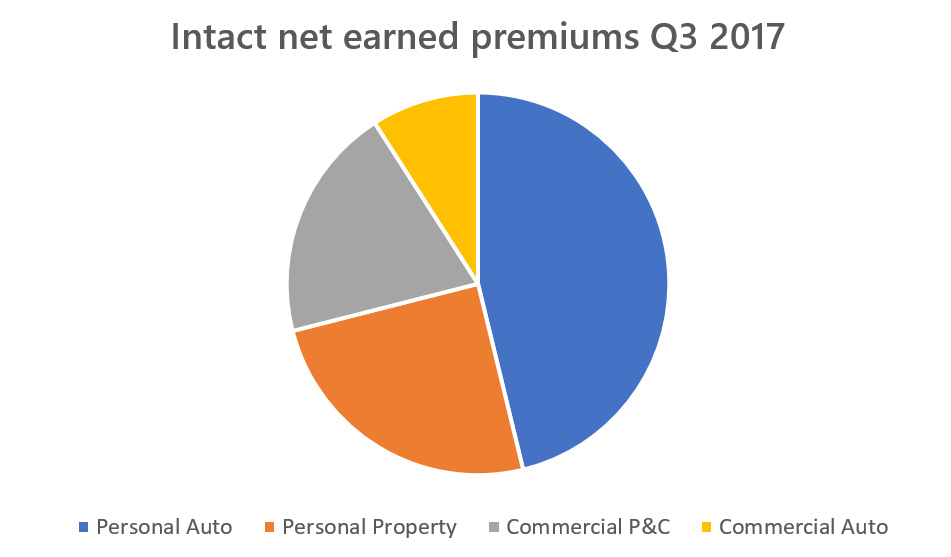 Intact initially announced May 2 it agreed to acquire Plymouth, Minn.-based OneBeacon, which was publicly-traded and majority-owned by White Mountains Insurance Group Ltd. Among other things, OneBeacon owns International Marine Underwriters of New York City. In addition to marine, OneBeacon also writes professional liability for architects and civil engineers and cyber.

The catastrophe loss ratio was 4.3% in the latest quarter, a 3.8-point improvement from 8.1% in Q3 2016. Catastrophe losses of $89 million were “below the historical average” for a third quarter, while catastrophe losses of $282 million, for the first nine months of this year, “were above expectations” but lower than in the same period of 2016. Last year, wildfires affecting Fort McMurray, Alberta gave rise to the most expensive natural disaster in Canadian history of more than $3 billion industry-wide.

Intact recorded $37 million unfavourable prior year development in personal auto during the first nine months of this year, of which $31 million was recorded in the third quarter.

For the first nine months of the year, Intact reported underwriting income of $308 million, up from $222 million in Q3 2016.