Several significant events during the fourth quarter of 2016 contributed to Kingsway Financial Services Inc. (KFS) reporting a net loss for both the quarter and the full year. 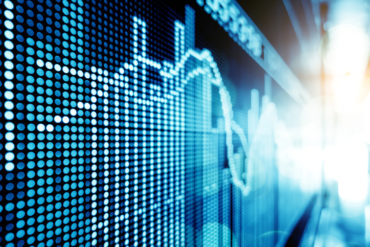 For all of 2016, the company posted a loss of about US$9.4 million compared to net income of about US$1.3 million in 2015, notes a KFS statement issued Wednesday.

Kingsway Financial Services reports the operating loss for the Insurance Underwriting segment was US$8.0 million for 2016 Q4 compared to US$0.8 million for 2015 Q4. 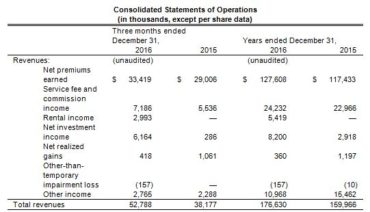 A number of initiatives intended to improve the operating performance of KFS’s insurance operations – particularly with respect to strengthening the management of the claims department – have been undertaken over the course of 2016, says Larry Swets, Jr., company president and CEO.

“We have been aggressively increasing premium rates throughout the second half of 2016 and into 2017,” Swets says.

KFS is also “actively pursuing initiatives related to increasing policy fee income, reducing bad debt expense, outsourcing the first notice of loss function, outsourcing much of the salvage and subrogation function and entering into an agreement with an outside vendor to migrate to a new policy administration and claim-handling operating platform sometime in 2017,” he continues.

“While we are not happy to have to report adverse development on old accident years,” Swets points out, he notes the company is optimistic about the direction insurance operations are taking “and the potential positive impact to our segment operating income from the implementation of these initiatives.”

Other results for Kingsway Financial Services include the following: