Commercial auto losses have been worse than expected for The Travelers Companies Inc., and company officials are not exactly sure why. 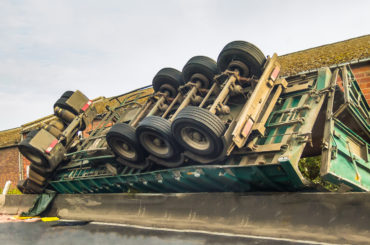 “It’s a line that has been challenged from a profitability perspective for a while,” Travelers chairman and CEO Alan Schnitzer said during a recent earnings call about the company’s worldwide results. Some causal factors may include inexperienced drivers or more traffic on the roads, he said.

“The fact of the matter is, it’s hard to isolate it to one or two things that we could pull out of our data and say, ‘It’s this,’” Schnitzer said of commercial auto. “It’s hard to get to the causal factor.”

Canadian insurers have been citing distracted driving and the increased use of safety technology (such as cameras and sensors) in vehicles as key causes of increasing claims severity. Speaking at the 2018 Insurance Brokers Association of Ontario (IBAO) in October, one insurance company executive reasoned that the many issues plaguing personal lines auto right now would eventually filter into the results in commercial auto lines as well.

Commercial auto and asbestos losses were trouble spots cited in the company’s financial results for the three months ending Sept. 30. Overall, the net income of Travelers more than doubled, from $293 million during Q3 2017 to $709 million, during the latest quarter. All figures are in U.S. dollars.

Although its combined ratio in business insurance improved 9.3 points – from 109.8% in Q3 2017 to 100.6% in the latest quarter – Travelers officials reported some headwinds in both asbestos-related liability claims and commercial auto.

As for asbestos, many insurers, including Travelers, are paying out on decades-old liability policies that did not exclude asbestos. Travelers said Oct. 18 it increased its asbestos reserves by $225 million during the third quarter.

One former client is PPG Industries Inc., which owns 50% of Pittsburgh Corning., a thermal insulation maker that filed in 2000 for bankruptcy due to asbestos-related lawsuits. Travelers paid $524 million in 2016 to settle asbestos-related coverage litigation with PPG.

If workers inhale asbestos fibres, they can develop scarring of the lungs, mesothelioma and lung cancer, among other serious illnesses. Asbestos-related illness often develops decades after the victims were first exposed to asbestos.

During the three months ending Sept. 30, Travelers did a review of its asbestos reserves and came up with “higher estimates of projected settlement and defence costs from mesothelioma claims compared to what we had previously expected,” chief financial officer Dan Frey told investment analysts Oct. 18 during the conference call.

“The number of deaths from mesothelioma, which we believe is a leading indicator of future asbestos payments, has trended downward somewhat during this decade,” Frey said. “At the same time, the mix of mesothelioma deaths by age has shifted to older cohorts. That may be the result of medical advances over time, successfully treating a variety of other diseases, allowing more people who worked with asbestos, when it was prevalent in the workplace prior to the late 1970s, to live long enough to develop mesothelioma in their 70s and 80s.”